Last night I got back to work on the 300zx and finished everything up.  Also took care of a few maintenance things while I was at it.  Stopped up at the parts store to get the new O2 sensor since one of them the threads were destroyed when I removed it from the old headers.  Picked up some gear oil, engine oil, oil filter, new air filter, new power steering belt, and alternator/waterpump belt...I think that's everything.

Got started on the car right away.  The night before I had taken care of getting the trans ready to go in.  So I installed the new flywheel, ARP flywheel bolts, pilot bearing, clutch, and pressure plate.  I also had removed the old air filter and belts. 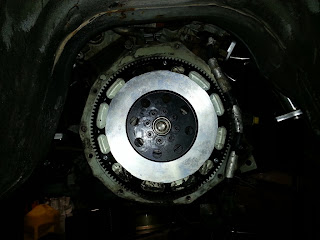 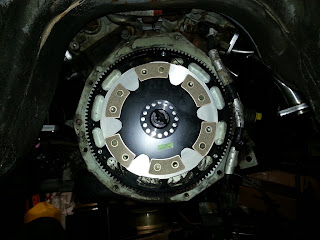 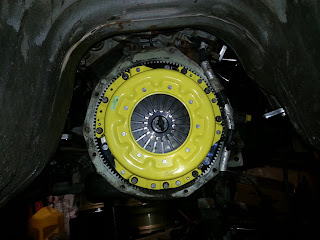 I also took the time to snap a few comparison photos while I was at it.  I like looking at stuff like that. 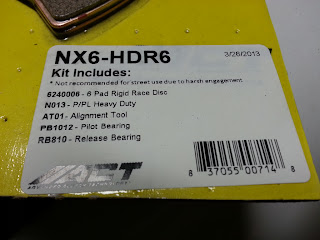 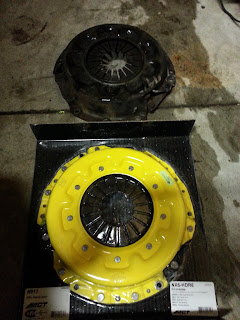 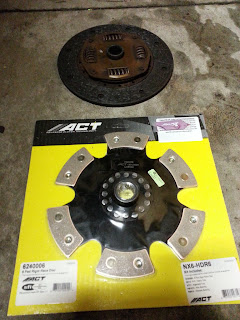 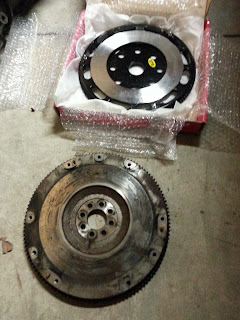 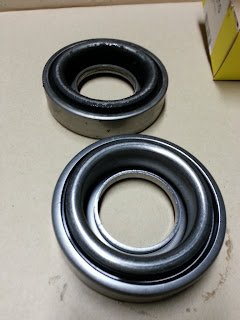 Putting the trans in the car went surprisingly well, I don't think I've ever had a trans slide into place so effortlessly and quickly.  Slid it under the car, lifted it on the jack, jacked it up in the trans tunnel then slid right in place.  Put all the bolts on, plugged everything in, hooked up the shifter, and lastly bolted the driveshaft back up in place.  Then finished it up with pumping some new oil in her. 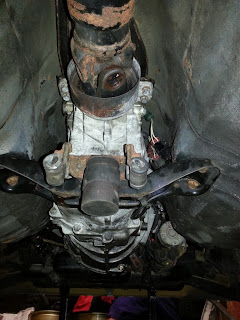 Before dropping the car back on the ground I made sure to put the new Wix oil filter on, plus install the new belts.  Made sure the O2 sensors were all plugged in, checked all the other plugs for the starter, and double checked that all the trans bolts were tight.  Everything went incredibly well, for once I didn't run into any issues which was great.

After lowering the car on the ground I was finally able to pull off the old mufflers that were still hanging from the bumper, and to my surprise I found a flame thrower kit installed... 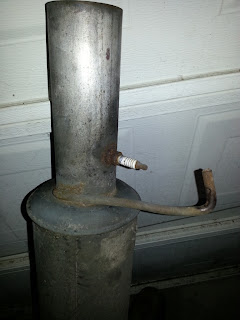 One last thing to do now.  Fire the car up, listen to her open headers scream and eco in the garage, then check the oil level.  Holly shit, open header on these engines sound incredible!  I think hearing that had really won over the idea of doing straight pipes on the car.  Just need to wait on the new exhaust flanges to arrive (should be here today) then take her to the exhaust shop tomorrow.
Posted by Nick (Technick) DeVries at 10:13 AM