Fun In The Sun

It's been a while since my last post.  A good 3 weeks or so I believe.  As you all know, we finished up the Z32.  Had the last remaining part arrive for it the day we finished it up which was an exhaust flange for the header to exhaust.  Took the car up to the exhaust shop that weekend to get something put on it.  After driving it open header on the way up there both the girlfriend and myself decided maybe straight piping would be a little too loud and obnoxious, so we decided to throw a muffler on it.  The shop had a nice Magniflow or Flowmasters (Can't remember which one) dual inlet/outlet muffler laying around which we got a killer deal on so we went ahead and threw that on there.  Unfortunately at the time I didn't think to take any pics so all I have to show is a shot of the flange we bought and the car with the tips sticking out. 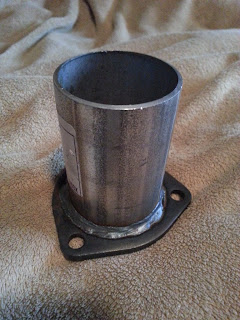 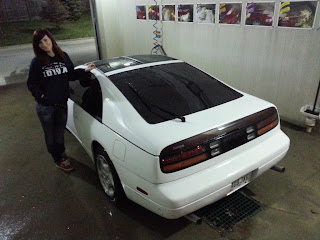 I'm really happy with the way the car sounds now.  Has a nice mean rumble to it.  The new clutch works amazing as well!  Now Becca just needs to get some practice behind the wheel with it so she can start sliding at events!

Now on to some more recent things.  It's looking like my knuckles will be shipping out any day now (fingers crossed it's for real this time) however the PBM inner tie rods are anyones guess.  If the knuckles arrive I'll be in need of a longer tie rod setup.  After some quick researching I found my answer.  2003-2008 Maxima inner tie rods are 13.3" long compared to my current S14 length tie rods which are 11.4" long.  Right there is a difference of 2" which I'm predicting I will need.  GKtech thought that with the Zero Ackerman arms I would need 20mm of length give or take.  For those of you who don't know mm to inch conversions 20mm is just under an inch, .87 to be exact.  The reason I went with something that's 2" is because I moved my front track out 1.5" so I'll be needing all 2" of extra length the tie rods offer.

I'm sure most of you by now have seen the commercial or know about the site, which I have a million times, but this was my first time to actually try it out.  RockAuto.com, I've heard people say its great but with the commercials being so ridiculous and cheesy I always figured it was a joke.  Well, i found out first hand its fucking awesome!  The local parts store wanted $80 per tie rod for Moog brand inners.  RockAuto had them listed for $37 a piece for the same Moog brand.  So I went ahead and ordered from them.  The shipping was stupid fast and it was all around a very pleasant experience.  Since then I've also orderd brakes for my Sequoia and my current savings with everything I've ordered from them is at $320! 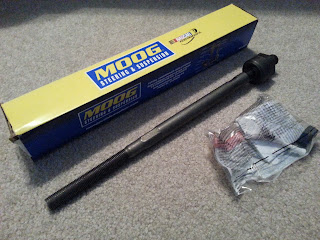 I've been out to the garage a few times, cleaning, rearranging, brought my tool box out there from home and a bunch of other crap.  I'm quickly running out of room, so I devised a new way to organize my tire stash which cleared up some space.  When doing that I soon realized, my stash is running low and I'm in need of some tires!  Dumpster diving I went!  Tires I found!  Found 4 matching tires with a decent amount of tread left on them, good day for me! 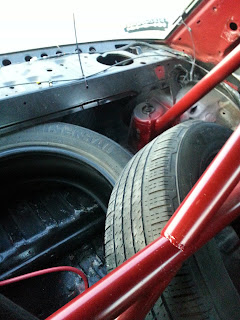 Now onto the fun in the sun!  Spring is here...well I think at least...It snowed these past two days and it's MAY!  The record snowfall for the month of May here in Des Moines was 1.4inches.  Today we beat that record with 3.4inches, and to think early this week it was 75-80 degrees which could only mean one thing.  Photo Shoot!!! 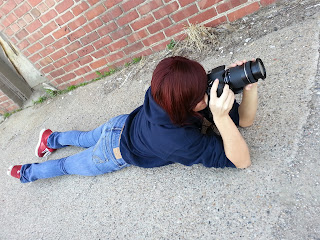 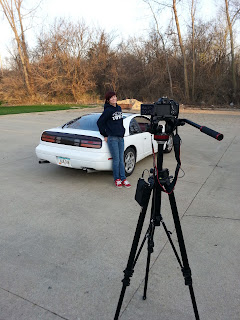 Time to put Becca's new camera to the test!  We drove around with the windows down all day, and snapped all sorts of photos everywhere we went.  Here are just a few of my favorites!  For the complete album of shots click the link for Becca's Flickr account. 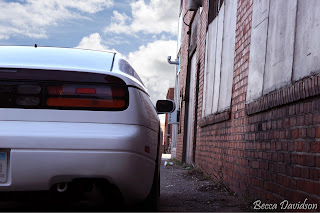 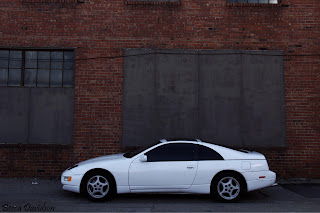 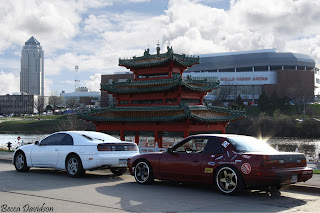 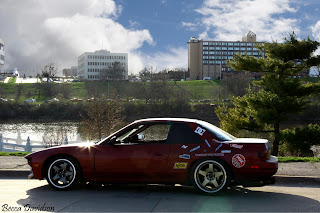 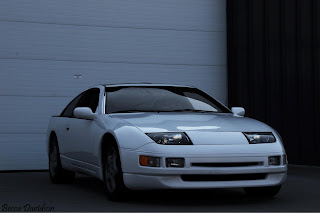 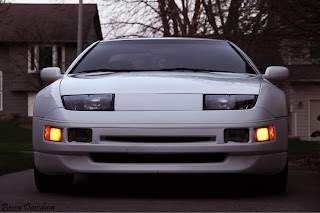 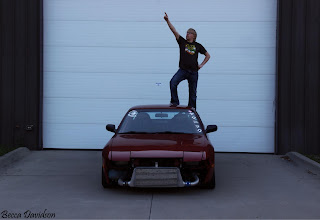 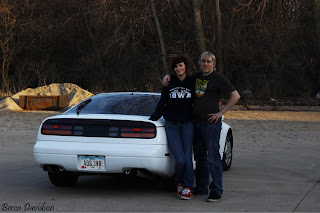 Jerren was having a lot of fun all day too.  Not just because he got to drive my car around, he also got to shoot at me with my ray gun keychain. 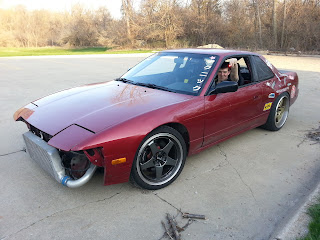 I of course then had a little too much fun during the editing process...This was the first time I've ever really used photoshop.  Back in highschool I took a computer drafting class which touched base with it learning the basics but that was a good 6 years ago I did that so I really had no idea what I was doing.  In the end tho I'm pretty happy with how these two turned out for me, definitely got a good laugh out of it! 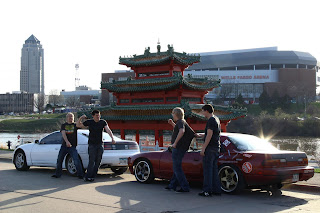 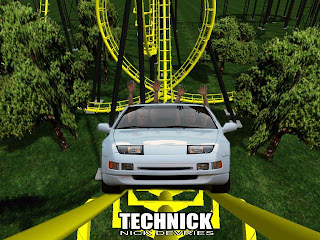 I think that wraps things up for now.  Funding has been preventing me from making it out to any events so far, with having missed 2 that I wanted to go to I've started buckling down on savings these past two weeks since I'm not going to miss Proving Grounds which is June 21st - 23rd!  I've got about 8 weeks to get a bunch of these parts installed on the car and save my money up for the event.  Hopefully I'll be doing some work on the car soon and I have pictures of the work with my next update!  See you all next post!