As you all know my BCL wing arrived last week.  Didn't take me very long to get her mounted up on the car either.  I had a few questions as to which way the mounts went but I found some pics of how Stewart had his on his silver s13 so I just did mine the same. 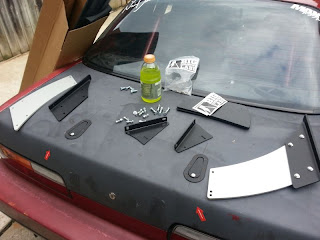 I doubt many of you noticed but there's something else new on my trunk.  I got some aerocatch locking pins, I've got pics of the whole thing and my trip to Shiomi Garage, just haven't had the time to upload my DSLR pics yet, but soon!

Also, not only did I get the manly legs, I also decided it was mandatory to set the wing at it's peak manly downforce setting. 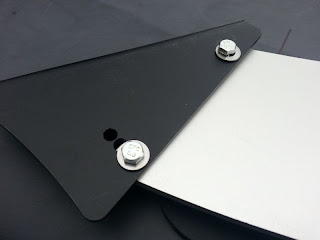 Wing was assembled in no time at all! 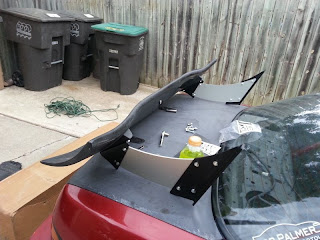 Then it was time to hold it up, determine how far back to mount it on the trunk and drill the holes.  Wasn't so bad, plus since my trunk isn't in the greatest shape I didn't mind getting some scratches on it and drilling some holes. 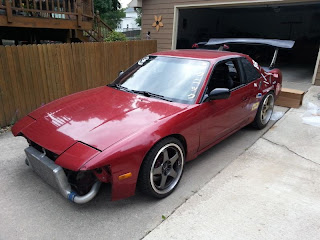 Next after holding the wing in place to see how she looked it was time to open the trunk and bolt her down.  Fucking awesome is all I have to say.  My trunk stays open on it own now! 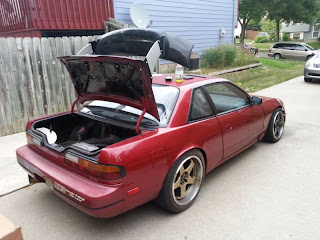 After that I was finally able to walk around her and get a good look at her on the car without worrying about a gust of wind knocking her off the trunk. 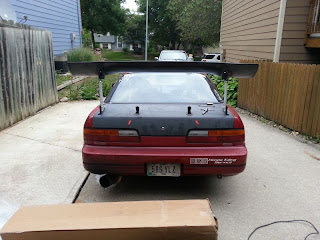 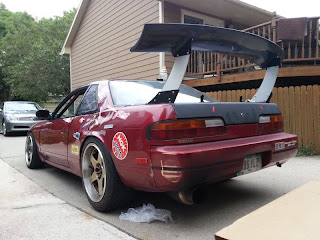 Last up were the end plates.  This was the only part that gave me trouble, and like all fiberglass parts there's always some slight tweaks that need to be made.  I had to fix the holes on the end plates for them to line up and I'll need to shave a little off the wing itself so the driver side one will sit flush.  No big deal that's like a 5 min job with a block sander, unfortunately I didn't have one at Becca's house so it'll have to wait a little while.  For now I've got the end plates on. 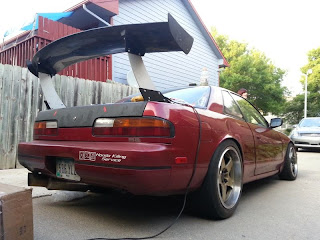 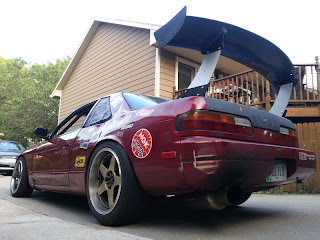 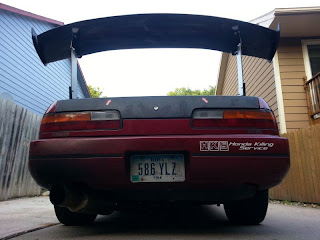 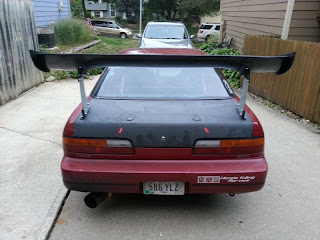 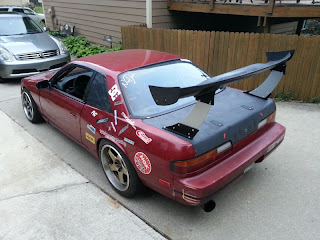 I'm in love with this wing, and so is my super awesome girlfriend Becca who bought it for me! 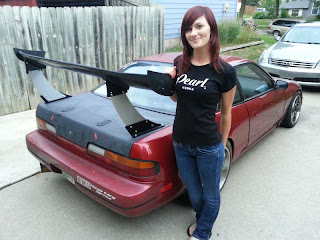 Now I just need to get the tweeks made on it, decide on a colour to paint it, and get a bitchin decal made to put on it.  I can't wait!  Until then, enjoy the views of what I get to look at every time I go to a gas station and look in my mirror. 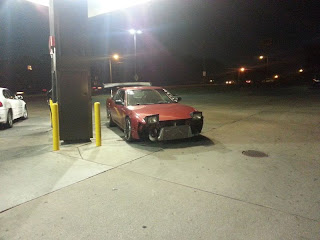 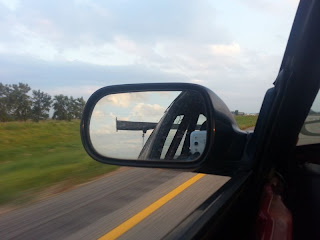 Posted by Nick (Technick) DeVries at 9:43 AM