I've come to believe that my turbo is haunted.  That or my car has a mind of its own and it's trying to tell me I need to ditch the stock t25 for a real mans turbo.  Since I've owned Igna, she's always had 2 issues.  First one being the diff output shaft always popping out (I ended up resolving this one after a good 2 years) and the second one being the damn nuts/studs on the turbo outlet.  I've replaced the nuts a countless number of times and have tried multiple different ways to try and make them stop backing out.  Unfortunately, all of my attempts continued to fail.  I tried locktite, star washers, lock washers, nylon locking nuts with locktite and lock washers, replacing the studs with bolts with lock tite and lock washers.  I've tried every combination of nuts/bolts I could buy but in the end after 2 weeks or so the nuts would back out and I would have a horrible exhaust leak...

Then one day on my way to work the car decided that it was going to take this problem to the next level.  The exhaust bolts/nuts backed out and snapped one of the studs inside the turbo. 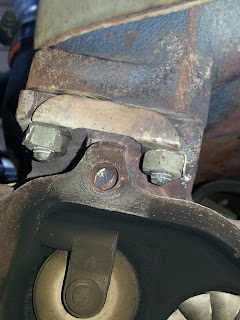 This couldn't have happened at any worse of a time.  Proving Grounds was just around the corner and at this time we were still working on finishing up the Z32 so I didn't have time to deal with drilling the stud out.

I ended up coming to the conclusion of it being my turbo elbow and downpipe being the issue?  Maybe if I replaced them with one where I can get better access to the nuts I could maybe tighten them down a little bit stronger?  I made the decision to order a new outlet and downpipe.

With money being tight I didn't really have much for choices, this left me with giving the ISIS 3" outlet and downpipe a go.  Which I have heard many good reviews on. 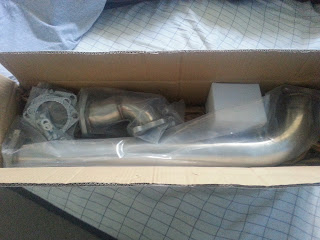 I must say I was rather impressed with the quality! 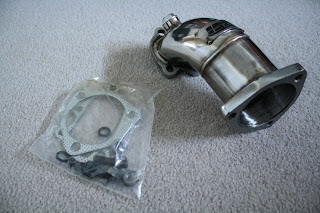 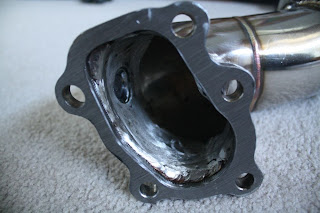 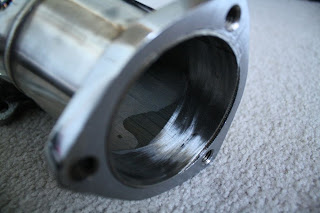 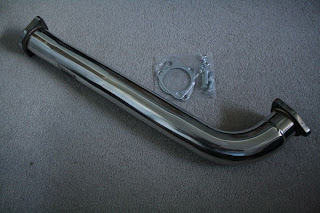 The second the parts arrived I immediately got to work on installing them.  In a matter of no time at all I had the old outlet and downpipe off, this of course because there just weren't any nuts/bolts holding it on, well there were 2 holding the downpipe to the test pipe. 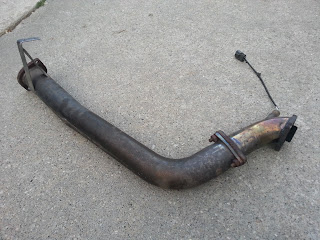 Thinking I was doing great on time I decided to grab a bite to eat, then when I got back it had begun to get rather dark...maybe eating wasn't such a good idea.  Either way, with this being an easy job to do having to do it in the dark wouldn't be an issue.

Next I attached the new downpipe and turbo outlet. 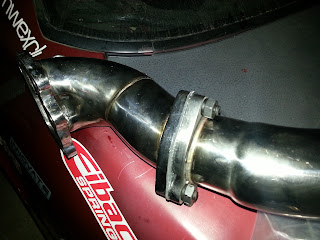 This is where I found my one complaint about the product.  I spent an extra $20 to get the 3" outlet and apparently it wasn't really going to do much for me since the downpipe has a reducer where it meets the outlet... Although after looking at it, it doesn't appear to be too far off. 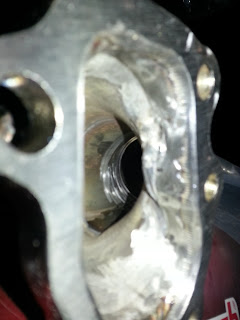 I then did a quick comparison between the new/old, and again I found myself rather impressed with the ISIS setup.  Much more impressive looking flow characteristics! 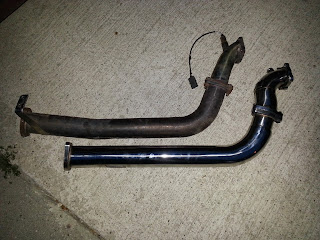 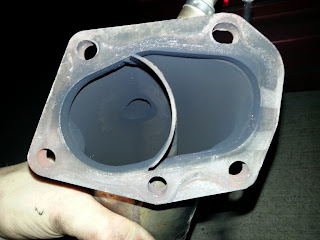 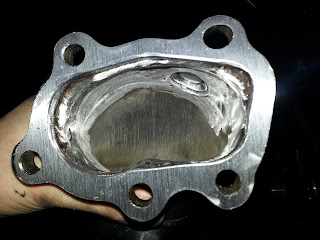 Now all I had left to do was put it on the car with new bolts, locktite, and lock washers. 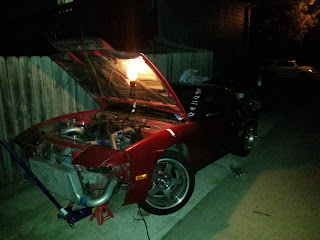 The bottom bolts on the turbo are the worst, the steering column just has to be in the way and make this a super pain in the ass.  I found myself having to modify one of my wrenches to fully tighten all of them.  In the end though, it went on and the fitment was great!  Sits up much higher then my old one so hopefully that'll mean less bottoming out! 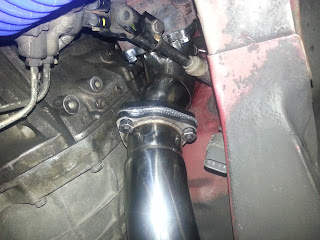 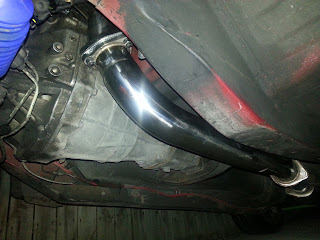 All that was left is to drive around for a few weeks and see if it holds up or the nuts/bolts back out again.
Posted by Nick (Technick) DeVries at 9:52 AM