For those of you that know Shiomi Garage (which I hope is everyone who's reading this) then you'll know just how cool dude is and how much Japan has been an inspiration to him.  Just recently Travis took a trip out to the amazing island and had an awesome experience.  Everyday he was showing photos of his trip and I really wish I could have afforded to go with him.  As soon as he got back I made sure I went to pay him a visit to talk about his trip and hang out with him all day.  Heck dude got to meet the legendary Miura-San of TRA Kyoto so you know he's going to have some bitchin' stuff to tell about his trip! 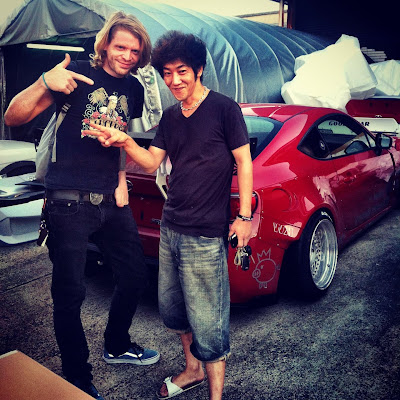 I made sure to start my trip up there just like every other one.  Stop at the petrol station, buy some food and drink, then snap a shot of some Icy Cold To Go at the 80/35 bridge! 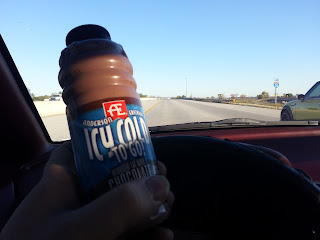 After the short hour + drive we had made it to our destination where we found Travis still asleep and when woken up I don't think he even knew who or where he was for a few minutes.  Right away we opened up shop and Becca got to lay eyes on the Sil80 for the first time.  She was in love with that car more then I think she loves me. 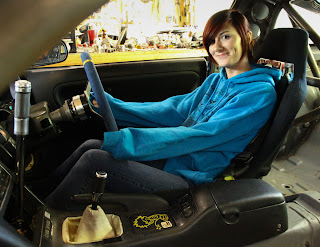 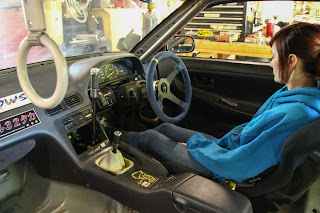 The new steering wheel he had gotten from Japan was killer awesome.  It was a really nice quality suede wheel. 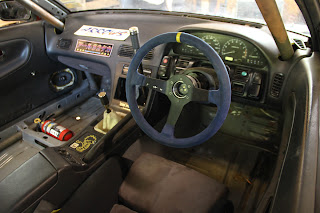 I was also diggin the notch in his LCA for tie rod clearance. 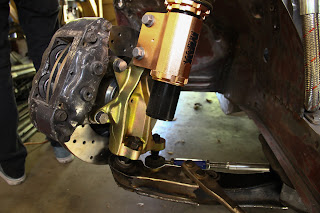 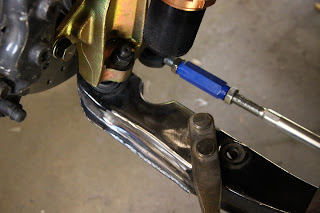 Last trip I made up there for all the help he's given me I told him I would buy him a new drill.  So I hooked it up with a nice new Dewalt Drill and my old turbo elbow/downpipe I had just taken off my car.  It was the least I could do for everything he's done for me.  After unloading all that I had also brought up a hydro handbrake for Becca's car which we decided to work on installing.

After just a matter of minutes we had the center taken apart and the stock handbrake removed, we then figured up a spot to mount it using some factory holes and then Travis fabbed up a bracket for the front portion which used the factory hand brake bolt holes.  The handbrake sat perfectly in place! 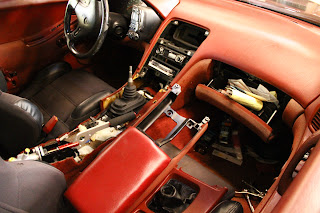 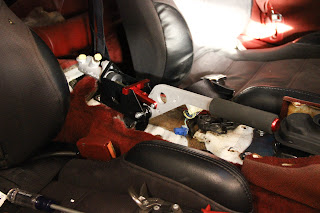 Happy with that we realized there was no need for the cables anymore so we got to work on getting the car in the air and removing those. 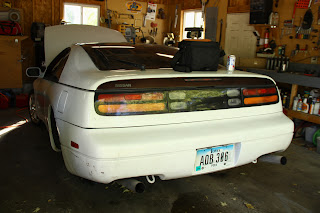 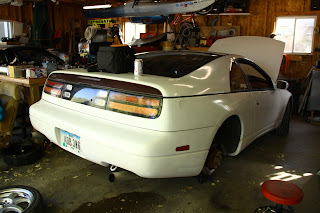 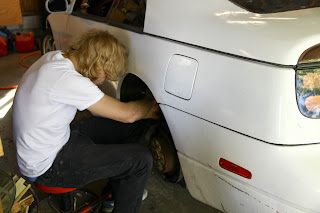 Then I caught Becca reading through the Video Option magazines that he had brought out for us to look through.  It was a beautiful sight. 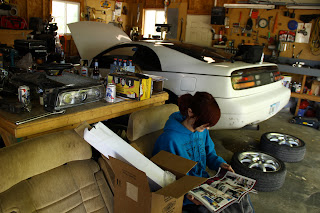 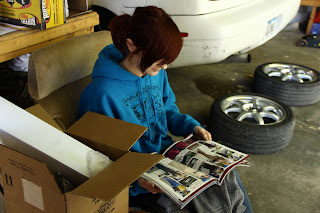 And once she realized I snapped a pic of her sitting around reading a mag she made sure to catch me slacking off reading one too. 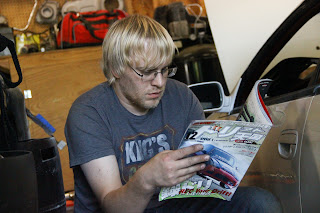 Then it was back to work putting the interior all back in place.  A few test fits and a little bit of trimming here and there and it was finished!  I must say it sure did turn out looking like a clean install, and what was really nice is it all fit up under the arm rest! 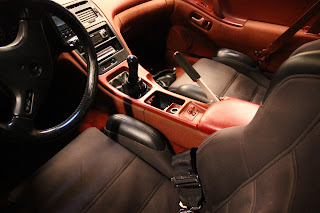 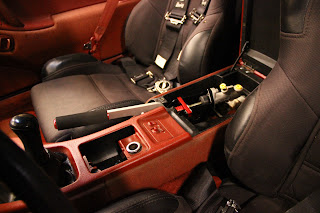 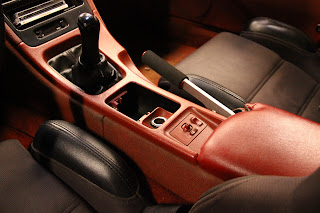 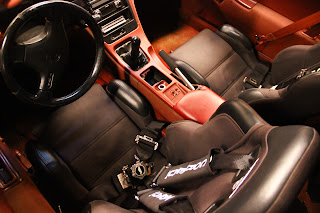 The time there seamed like it went by way too fast, looked over a bunch of cool stuff from Japan and Travis was even nice enough to surprise us with presents from over there.  His and her's "oh shit handles"! 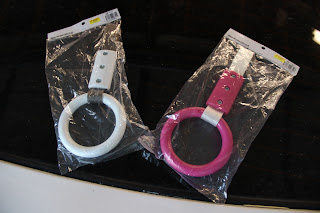 And he even threw in a magazine with it! 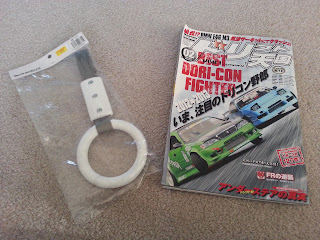 Oh and a radiator cap which I don't have a picture of.  Felt like it was Christmas up there with all the gifts!

Big thanks man!  Looking forward to next time like always!
Posted by Nick (Technick) DeVries at 11:07 AM