Low on money, just finished up fixing Becca's Z32 I found myself in a time crunch for getting my car prepped and ready.  On top of that my turbo of death decided to strike yet again blowing out the gasket on the newly installed elbow and downpipe... I did however get one bit of good luck, that was my 18" XXR's sold with tires which put me back into a good position with money.  So this just left me with getting ready for PG with what little time I had. 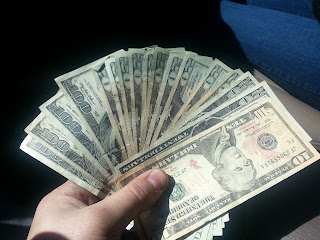 First thing first I took care of getting a trailer rental, this way I wouldn't find myself in the same situation as last time.  I rented a nice car trailer from a local trailer dealer and unlike the uhaul trailers I had used before this one had electric brakes.  Not wanting to have a trailer without brakes I went out and bought myself a brake controller.  Which was as easy as plug this in here and mount it here. 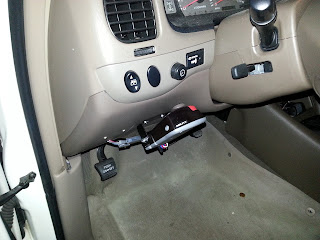 I also pre planned my tire situation by ordering another pair of Maxxis MA-V1 tires, then for Becca I gave her what was left of my used tire stash.  Then went to Central Imports to have everything mounted up.  Oh and I almost forgot, a new tire for my Sequoia as well since the one had blown out when driving home at night... 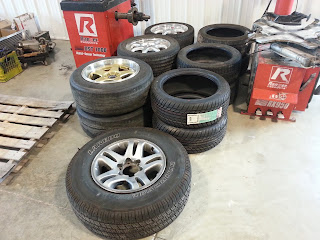 I had been feeling great about my situation.  I had everything planned out to work and have me ready to leave at a decent time!

Only one night before leaving did I find time to work on my car.  I needed to install my wheel spacers, and replace my turbo gasket.

First thing first I set to work on the wheel spacers! 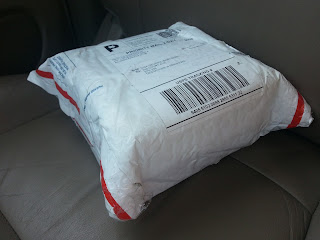 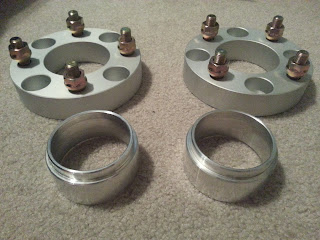 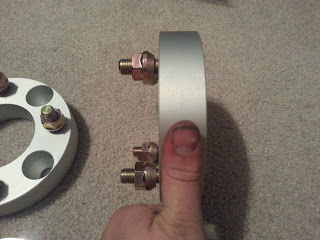 Before even sliding these on I knew my extended lug nuts would be too long and need trimmed. 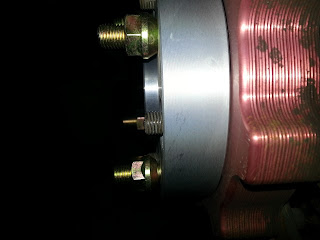 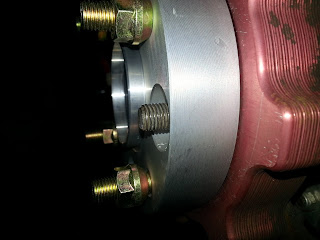 So to do this I took the measurements of the wheel spacers, held a tape measure up to the studs, and cut them shorter. 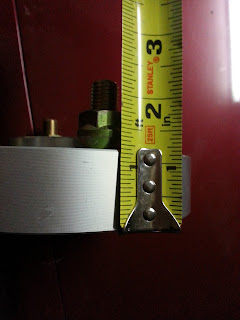 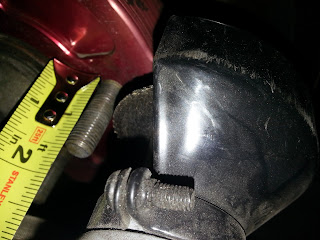 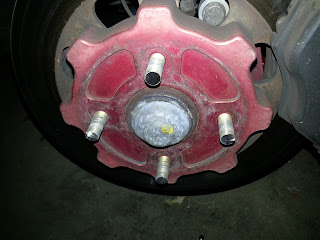 Now cut I could mount the spacers. 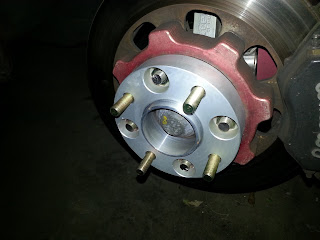 After that was finished I traced up my blown turbo gasket on some exhaust gasket material and cut that out. 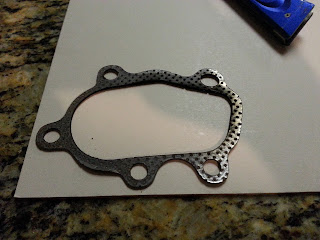 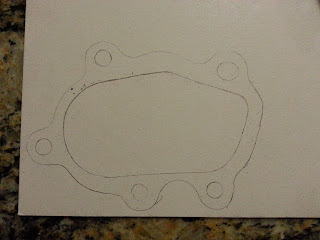 And in no time at all that was finished.  Satisfied with that all I had left to do was cut off my bump stops, remove my intercooler piping and intercooler, and swap out diff centers in my old diff so I could put my 3.63 gears back in the car.  As I started on that I received a call from a good friend Rodney asking me to come over and approve of the Shiomi Garage decals I was having made.

I quickly drove over and got to checking everything out.

I must say he did a great job with drawing them up and getting them made!  Quality work every time I go to Rodney! 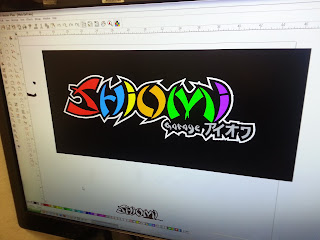 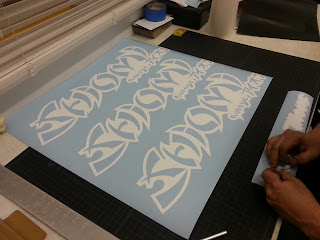 Once those were finished I went back home and got back to work.  Removed the intercooler and piping, then went to do my diff...That's when I ran into a problem.  Two of the bolts for the ring gear would not come out even with using an impact on them for several minutes... I had no choice but to give up and call it a night.

The next morning I made a quick trip out to Hickman and dropped off my intercooler piping and intercooler so I could have the BOV flange welded to get rid of the boost leak it was having, and I also had the crack in my intercooler welded up to keep it from finally giving out and completely breaking on me.

I got off work early, went straight to Hickman.  Picked up the welded piping, intercooler, and while I was there quickly made myself a BOV block off plate as I've been thinking about removing my BOV but not fully committed to it yet.

Then it was off to Central Imports to pick up wheels/tires, a trip to the hardware store to buy some new tie downs, then to pick up the trailer.  After I had that all done it was time to finish up the car, load it on the trailer, load up the car with all the tools, and finally set sail for Brainerd! 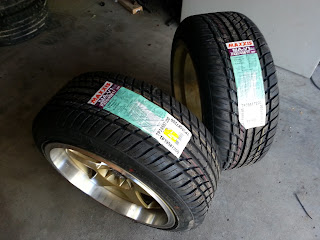 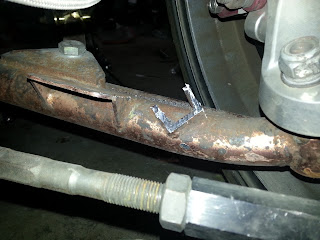 Then of course look at my added steering angle now that my wheels weren't hitting the tie rods and the bump stops were no longer in the way! 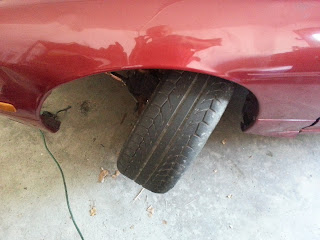 Up next put the intercooler and piping on, then check out my backyard BOV blockoff plate.  Yes I know it's pretty shitty looking, I made it in just a few seconds with some scrap aluminum that I found.  I could care less if it looks fancy or not for the time being. 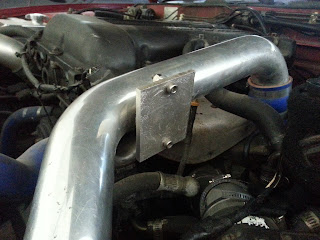 Now that the car was ready it was time to load it on the trailer...It didn't like the trailer... Bottomed out several times, ended up having to jack up the front of the trailer as high as I could and use boards to help get more clearance under the car.

Once loaded up there was no time to waste!  Down the road we went and into the night we drove... 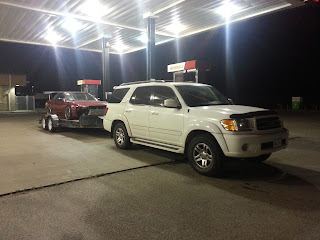