A while back I had an issue with my Logitech G27 wheel where after 15 minutes or so it would start to crap out on me.  Would loose all force feedback then restart itself.  After the restart the wheel would only work for 3-5 minutes before doing this again which made it rather difficult to work with.  On top of that issue Live For Speed (the simulation "game" I use) had also decided to have issue with me after a new update on my computer.  The game itself worked however the "mods/tweaks" no longer worked.  The tweaks that I had been using were a steering lock mod giving the ability to increase steering angle and a tire heating/cooling hack which prevented the tires from "overheating" and becoming useless after a minute or two of hot lapping...

Just recently I discovered a fix for the wheel issue, there's apparently a screw that comes loose on one of the motors as it gets hot and needs to be re tightened.  I opened it up and sure enough that was the issue.  Wheel fixed time to get back to the software.  LFS still wasn't working for me so I decided to try rFactor which that too for some reason will not cooperate with me.  So I went back to figuring out LFS, turns out there was a new update that had been released for the game, and newly updated tweaks/mods.  After downloading and installing I was back up and running! 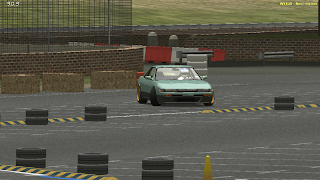 After having a little bit of fun I decided might as well try out a new mod I had never used.  This one giving you the ability to change out wheels. 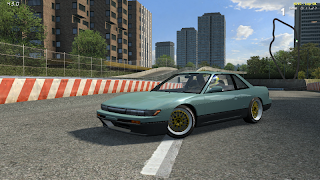 Happy with how the car looked I decided to get back to using the simulator for its intentions.  Practicing!  Now I know many people will argue against it, but I have what I believe is proof that it works!  Well enough for me to feel as though I have proof!

As some of you know my girlfriend Becca didn't learn to drift on the streets.  Due to tire issues and not having her own drift car at first I taught her on the simulator.  She quickly got the hang of it and was performing on a level I found fit to take on an event.  That's when proving grounds came around, having never drifted before she tackled the event and I felt for her first time ever she did amazing!  Many other agree!  On top of this I too had my own little experience.  In the simulator I would practice backwards entries constantly, eventually learning how to do them in the game.  Once in my car I was able to take what I learned in the comfort of my home and apply it to real life, I must say it didn't take long to learn how to go backwards but unfortunately my car doesn't have the power to plant it... Well until PG2 when I put down my first legit backwards entry.. More on that later, still need to do that update.

Anyway, I got the simulator working again and I'm super stoked to be able to get some seat time practicing new things.  Now that I've gotten extreme angles and quick snappy transitions down consistently as a habit I've decided it's time to start working on wall taps/wall rides.

This is proving to be a lot more challenging then I thought... Hopefully this too will be something that transitions to real world. 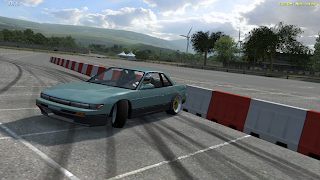