Yesterday I found a chance to head out to my garage and test out version 1 of my prototype steering arms.  I must say things went a lot better than I had expected them to.  Fitment was perfect, plenty of clearance for everything, and the most important bit, more steering angle was achieved.

On to the pics!  Please when looking at them keep in mind they aren't going to be all that pretty.  I would like to point out a few things.  Yes, I know my brake lines are too short and I'm going to get longer ones SOON. I also know the bolts holding the arms on are sticking out, reason for that is I only put them in with my fingers, with the arms locked in place from the grooves and bolts in there, I didn't see any need to tighten them down since I had to re fit them multiple times trying the arm at multiple heights.  The pics I took of the arms attached are at the highest height and I'm aware that I shouldn't run them that high, I also tested them at the next two lower heights, just didn't take pictures of each height since that would get rather boring to look at.  I think that should cover it all :) 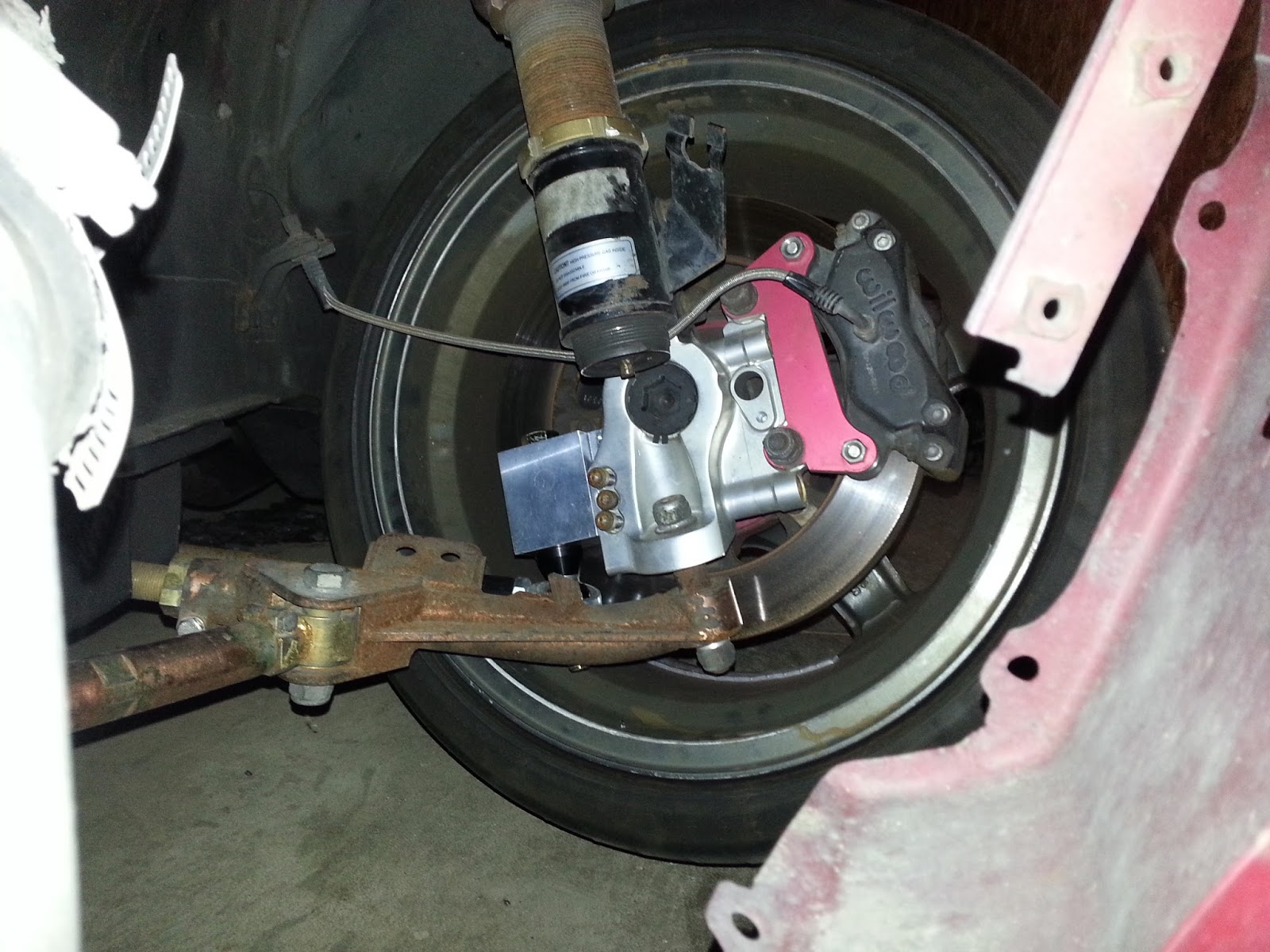 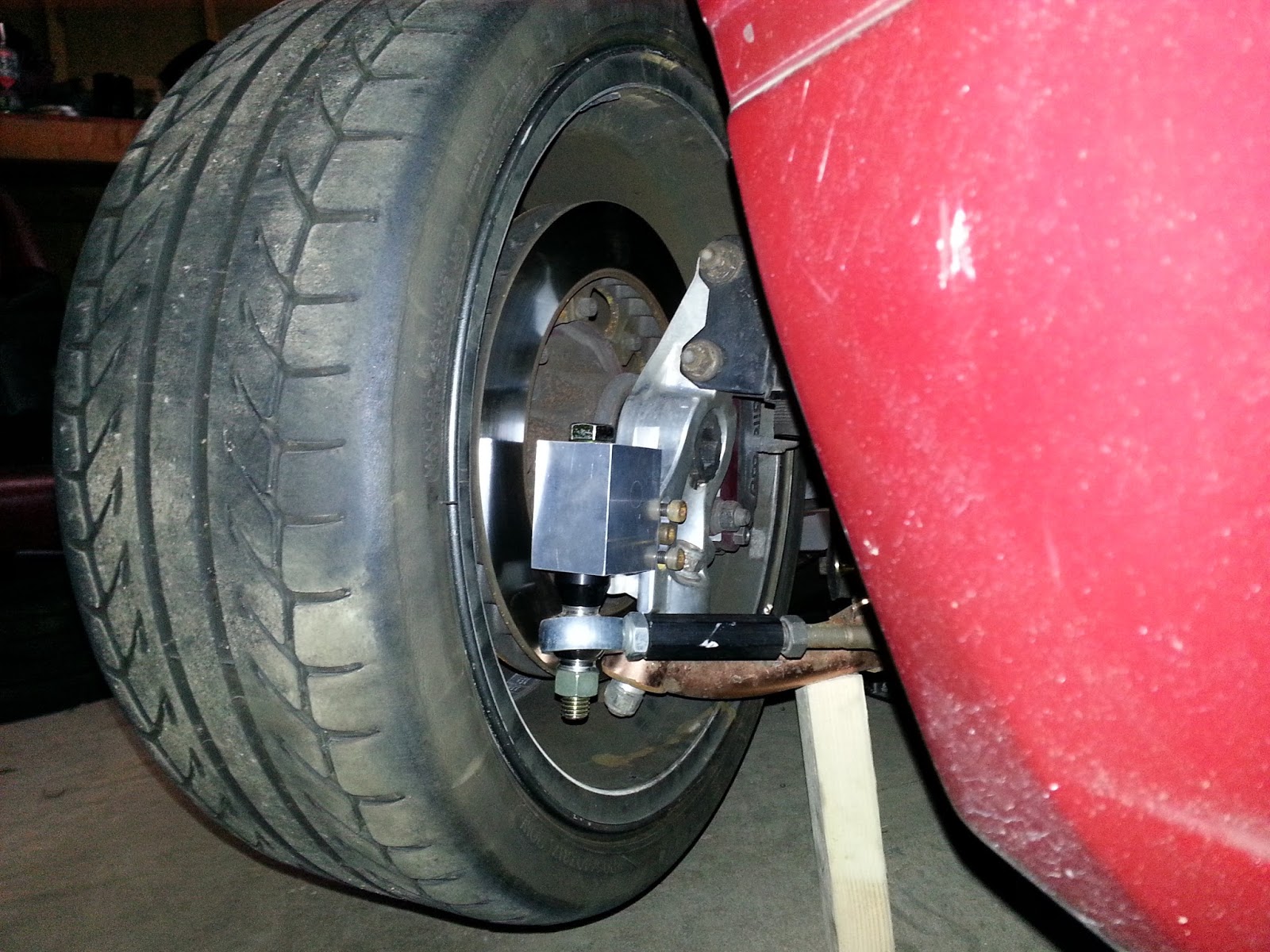 Shots of the lead angle and trailer angle at full lock. 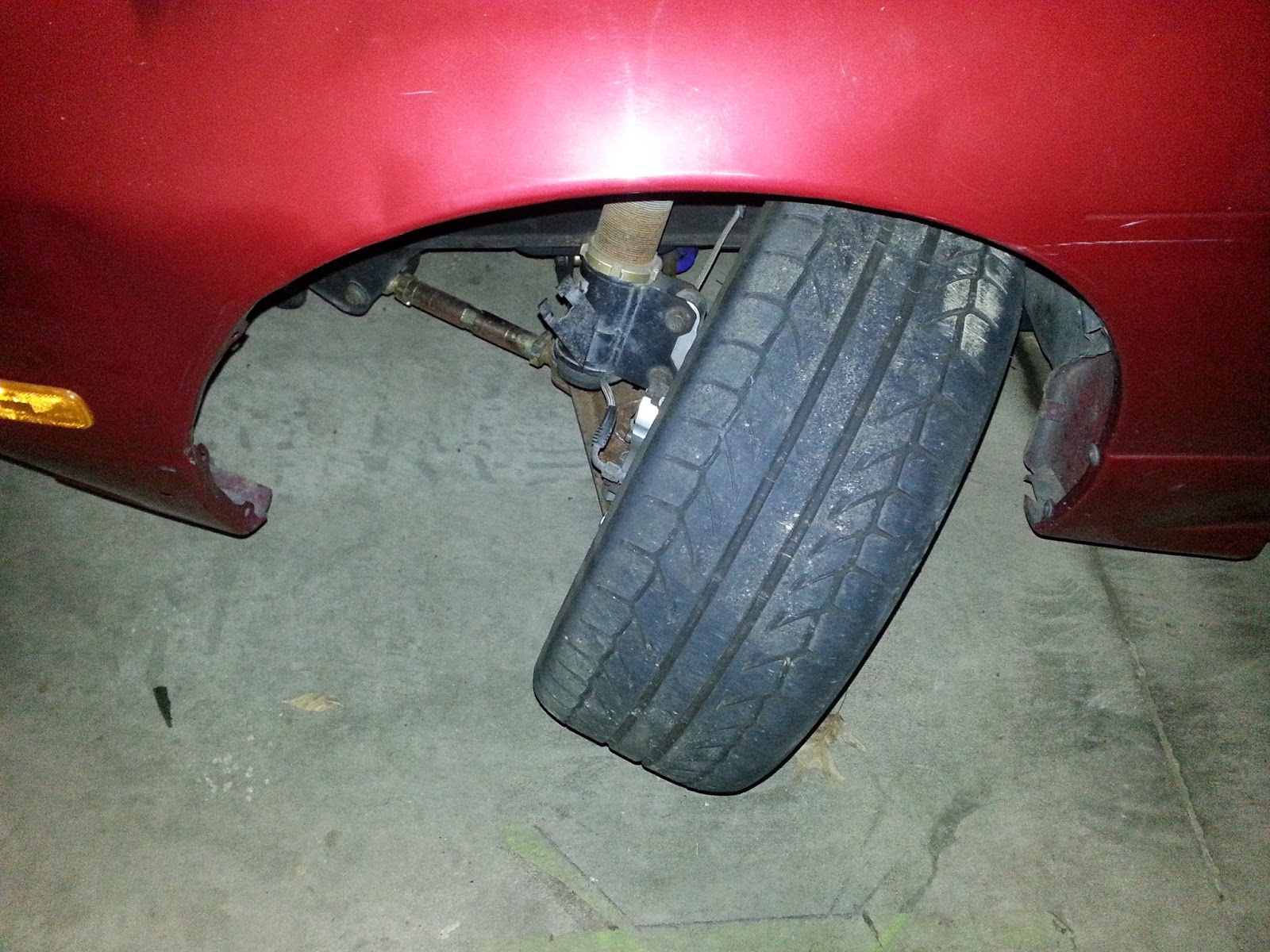 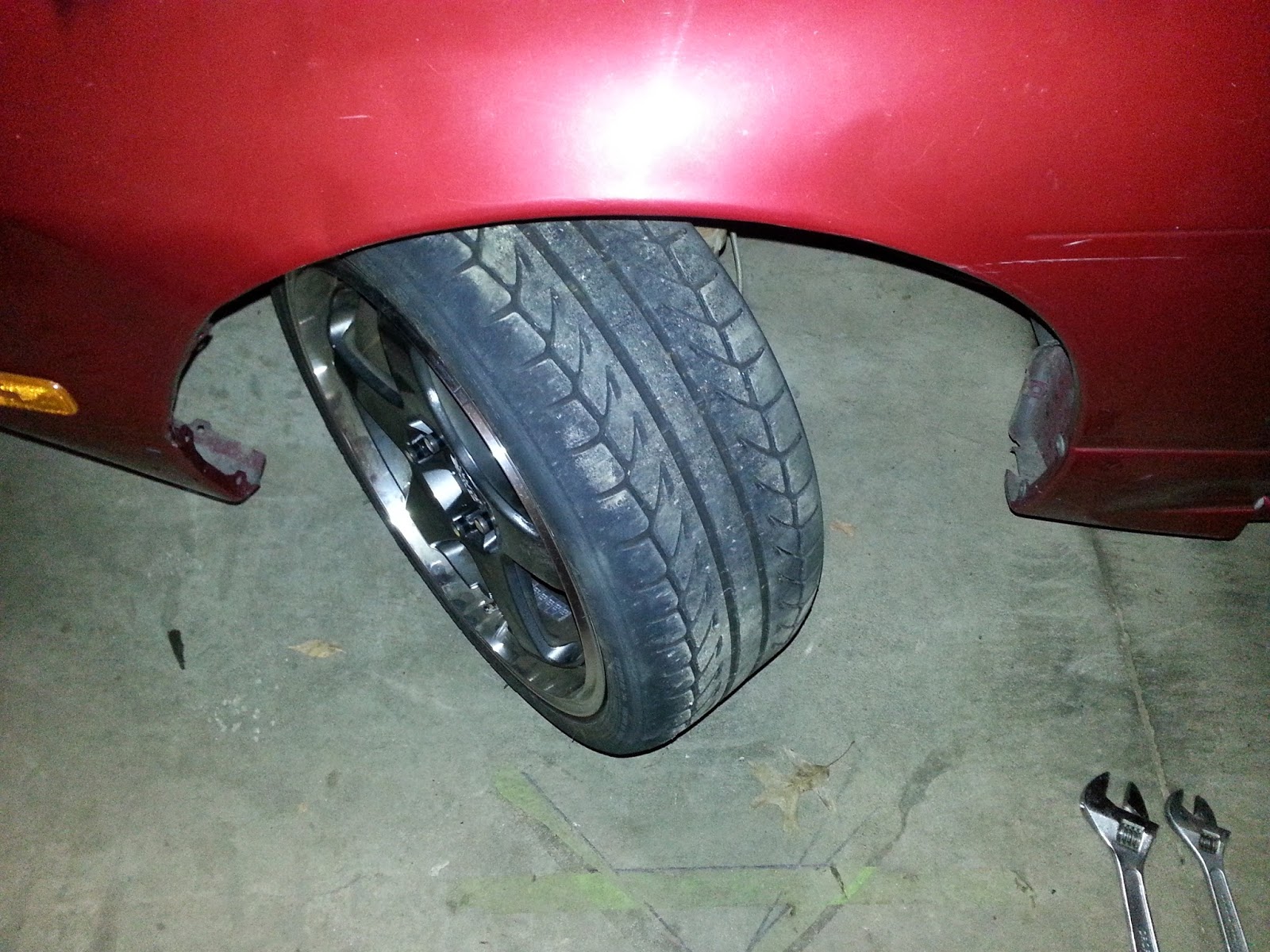 I tested, and tested, and tested the arms at various mounting heights, suspension heights, with the suspension at full droop and under full compression (well attempted full compression just had the cars weight on it so when I hit bumps it'll obviously compress more).  With each setup I did a quick alignment (not perfect ones but close enough).  Everything went very well and I'm confident that with a few more changes I should be capable of obtaining another ~3 degrees of angle and reduce my ackerman some more to get it down to an area between 3-6 degrees which is where I want it.

Want to see what the version 2 (P2) prototype arms will look like?  Check it out! 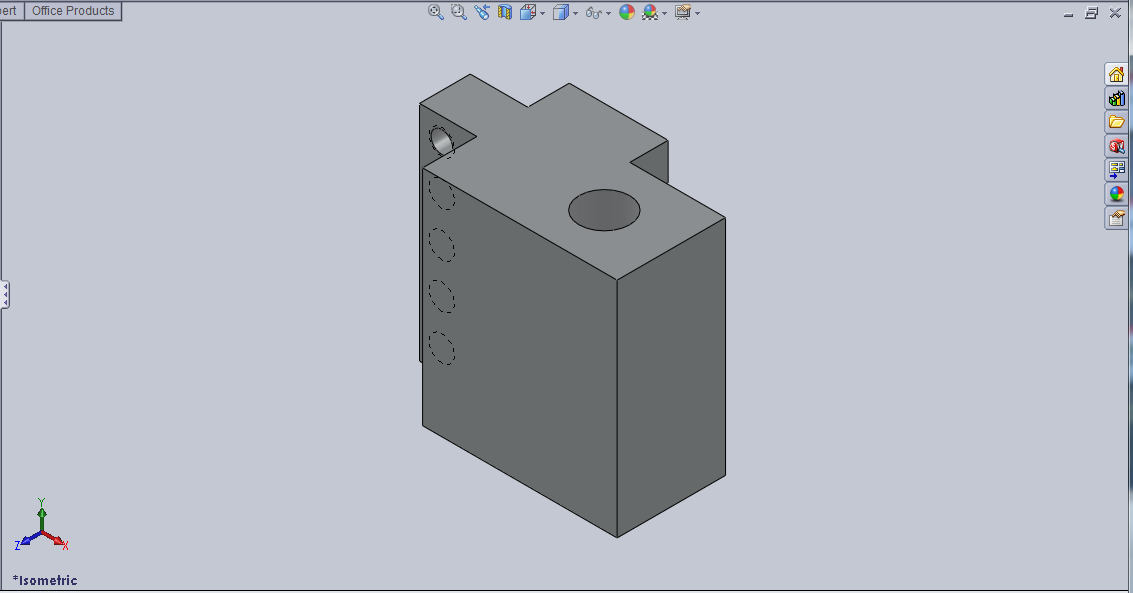 Rather crazy looking when compared to the P1 design! 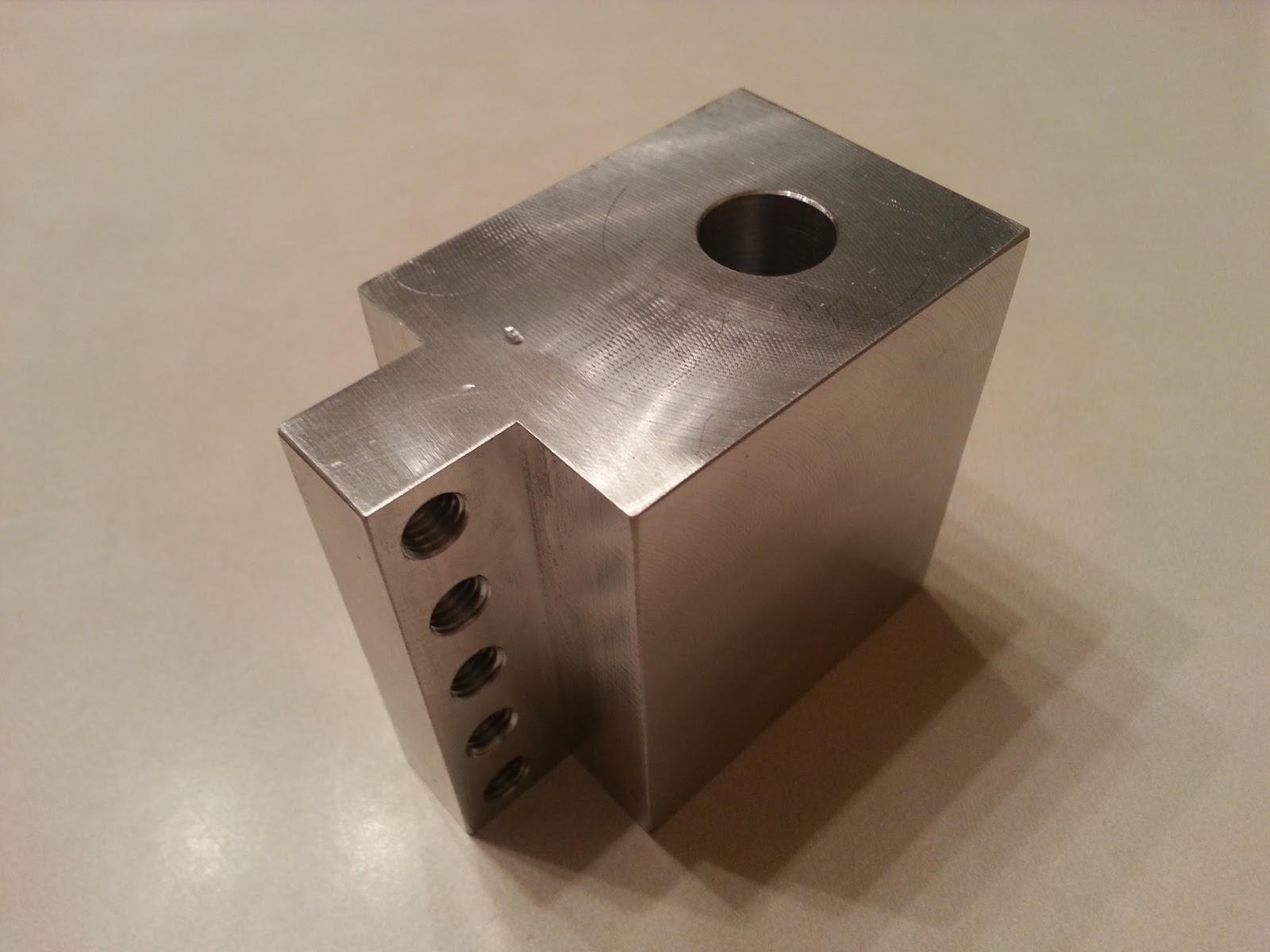