Becca's 510 has been coming along rather nicely.  Here's a quick shot of test fitting an SR from last weekend. 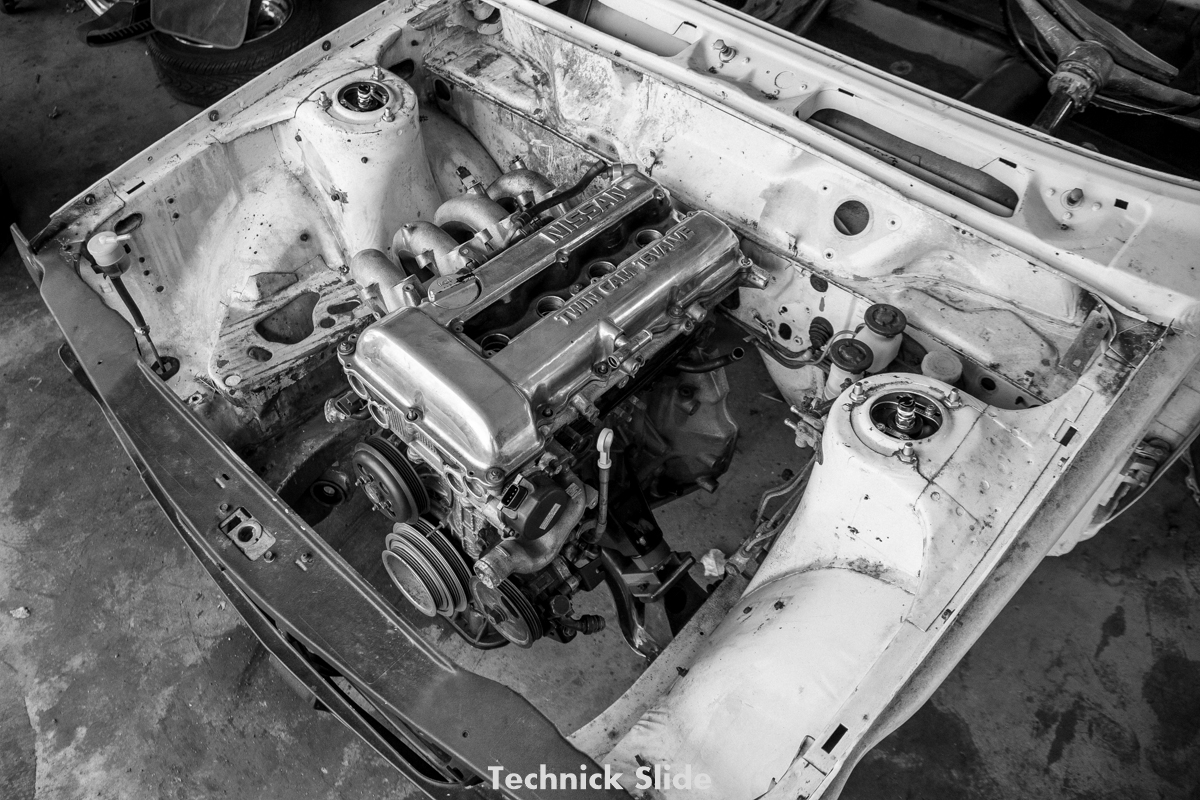 Posted by Nick (Technick) DeVries at 11:58 AM No comments:

This is what happens when boredom strikes.  I found myself designing a t shirt with a logo I still have yet to finish designing.  Maybe looking at this cool shirt will kick my ass into gear to get at it. 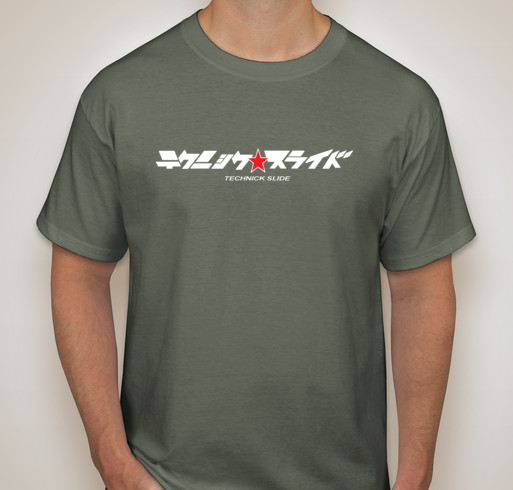 Posted by Nick (Technick) DeVries at 12:11 PM No comments: 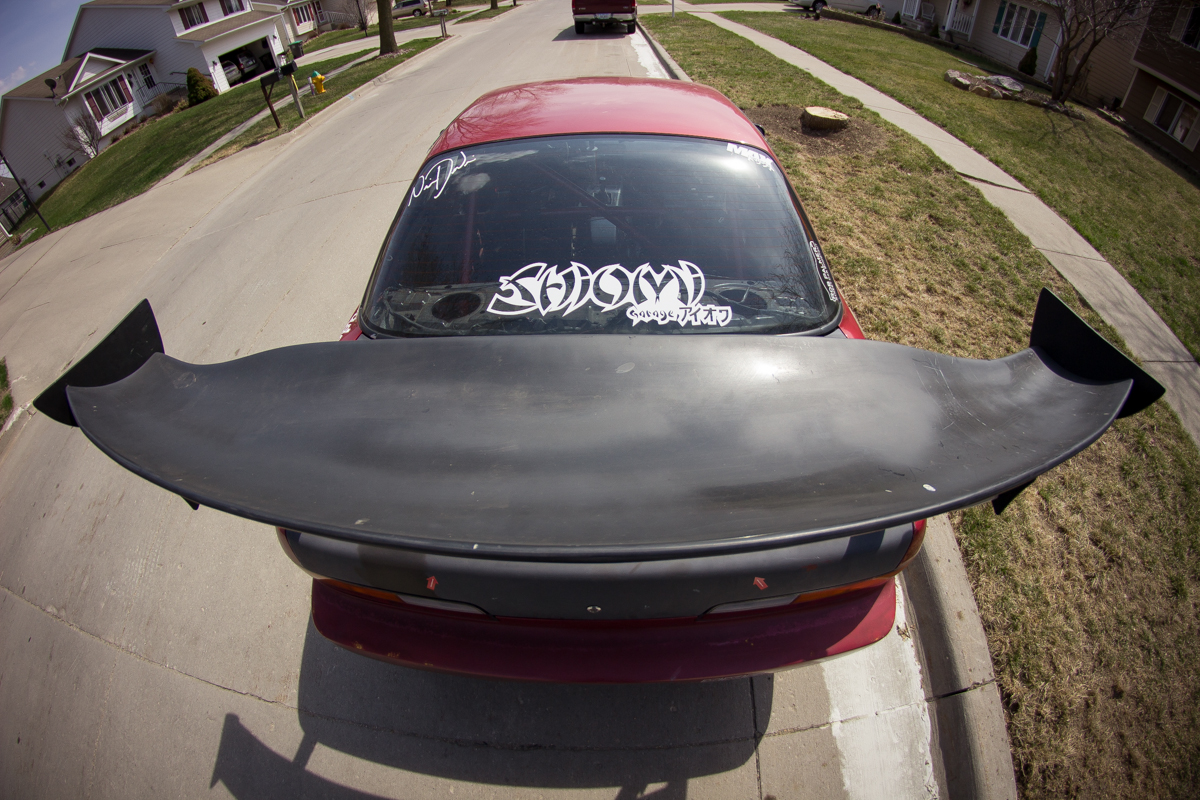 Yesterday while at work I received a call with bad news.  Becca's daily driver (Mitsubishi Eclipse) had failed her once again while on her way home from work.  So I went on out to where she was to lend a helping hand.  Things didn't look good when I arrived and the car had to be towed home.  With this being a major issue and not a quick fix I decided it was time.  Time to awaken Igna from her slumber and bring her out of hibernation.

Went ahead and put the GKtech steering arms back on the car and re aligned the front.  Also found myself having to buy a new battery as the one in it finally said farewell.  It was a super old battery that had been leaking battery acid out of it since the day I bought the car...My battery box is caked with white dried acid all over the place, looks like the ice caked on the walls of a deep freezer. 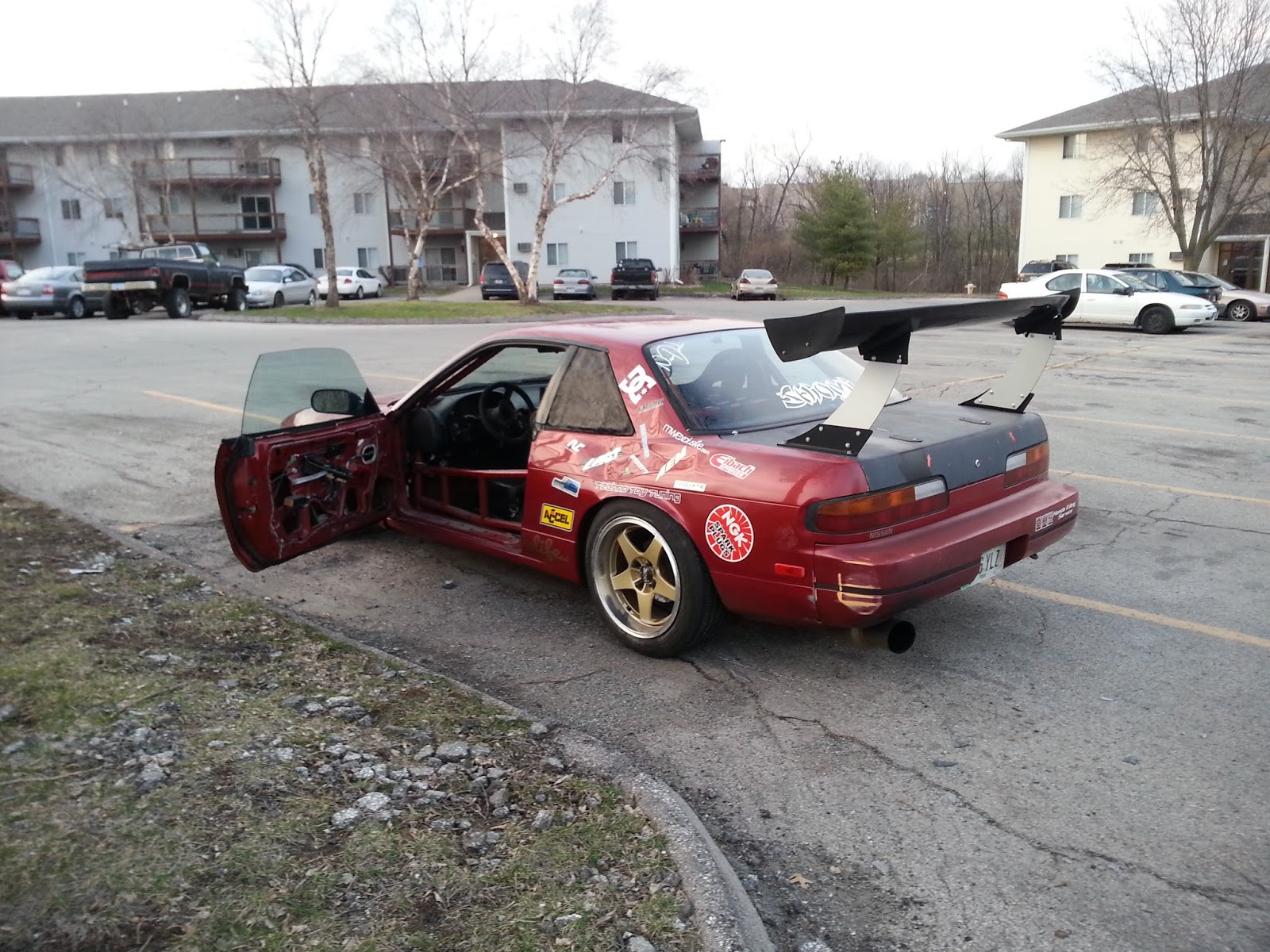 In no time at all she was alive and breathing once again.  Unfortunately with a major exhaust leak still present.  I don't really have any intentions on fixing it anytime soon either, tired of this stock turbo/elbow always coming loose and blowing out seals.  Not going to mess with it anymore.  So we drover her on home just the way she is. 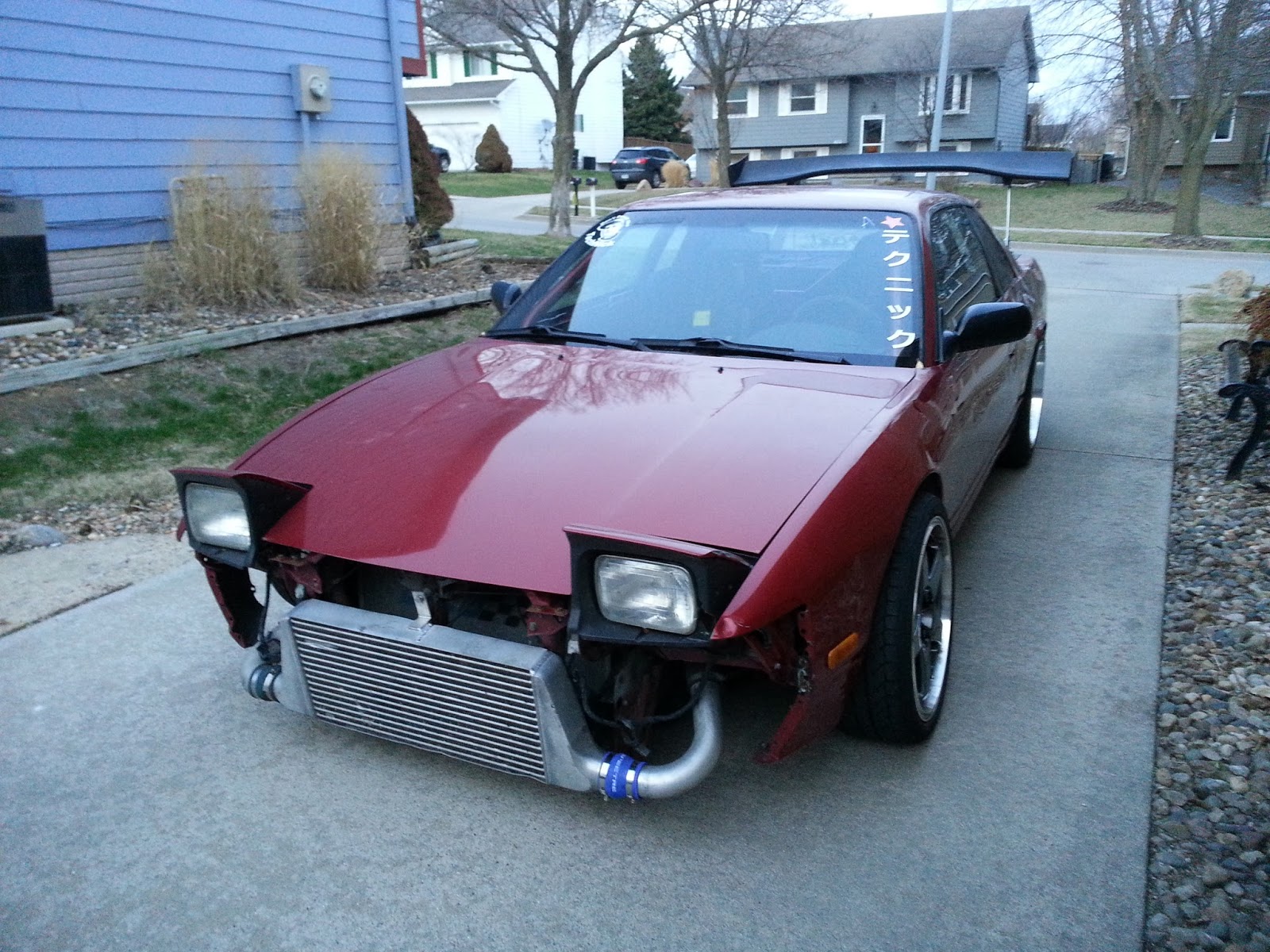 It's such a joy to see the car out and about again, it's been a while since I last had her out.  It pretty much sat since we had gotten back from PG2.

I can tell Becca really liked it too.  It's not everyday you get to drive an airplane to work!  It was also clear that not a lot of people see airplanes on the streets either, I lost count of all the people she drove past that I caught staring at it as she drove by. 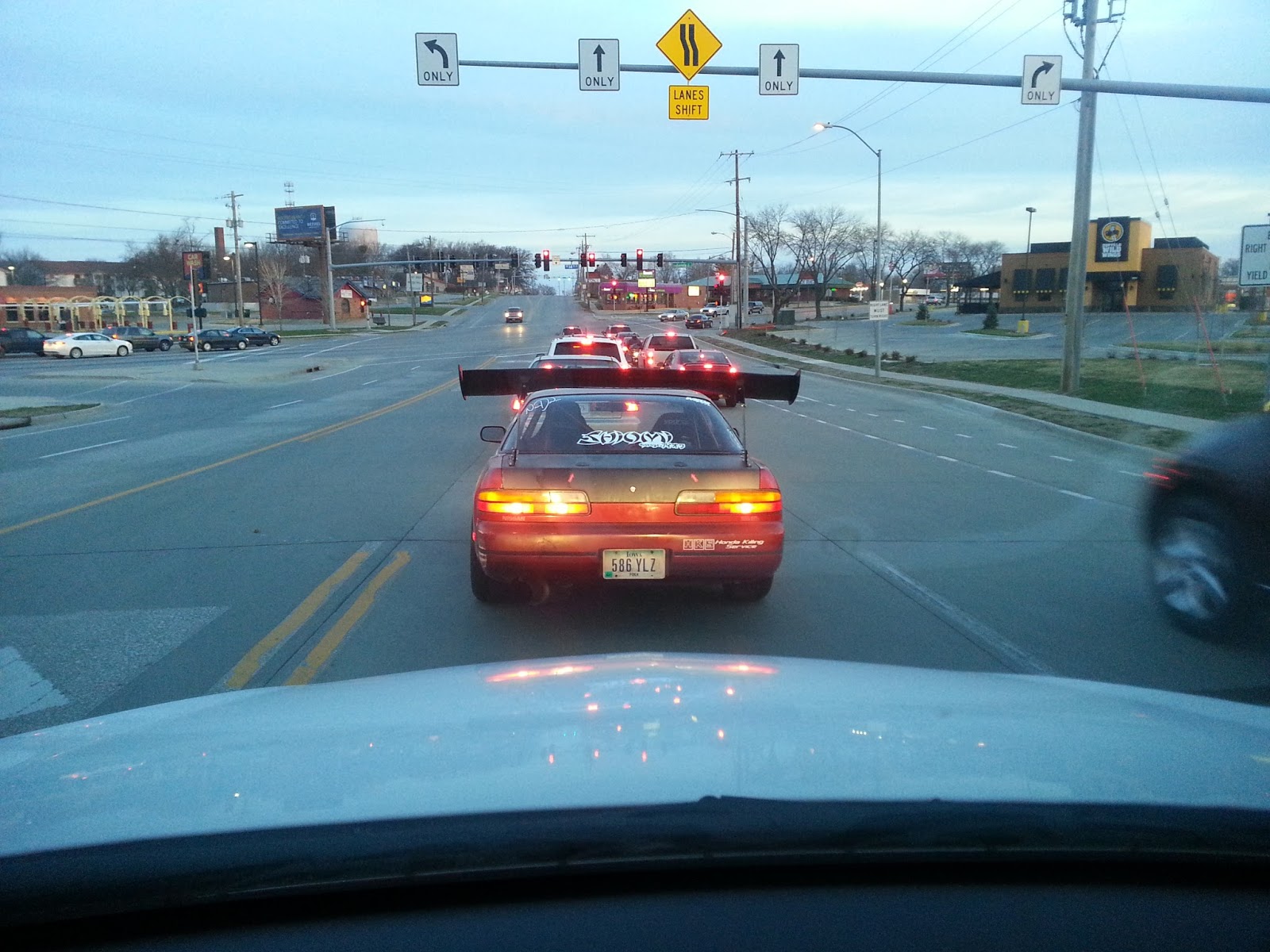 It was also nice to follow behind and see how the car was driving.  Discovered one of the brake lights were out and my rear alignment is slightly off, it was dog trailing to the right ever so slightly.  So that's something I'll need to take care of sometime soon.
Posted by Nick (Technick) DeVries at 8:26 AM No comments: