For those of you that have been following along with the camber caster plates you'll know they didn't end up working out too good... While they were able to get the tire flat like I had designed them to do, they also destroyed all of my self steering and I got to learn a lot about caster in the process.

They failed me.  However I wasn't going to just give up on them, at this point I had invested a good chunk of change into them and I didn't want to write it off as a loss.  With a better understanding of caster, how it works, and how much it effects the car I decided to use the plates in a new way.  This time adding caster by simply switching them around. 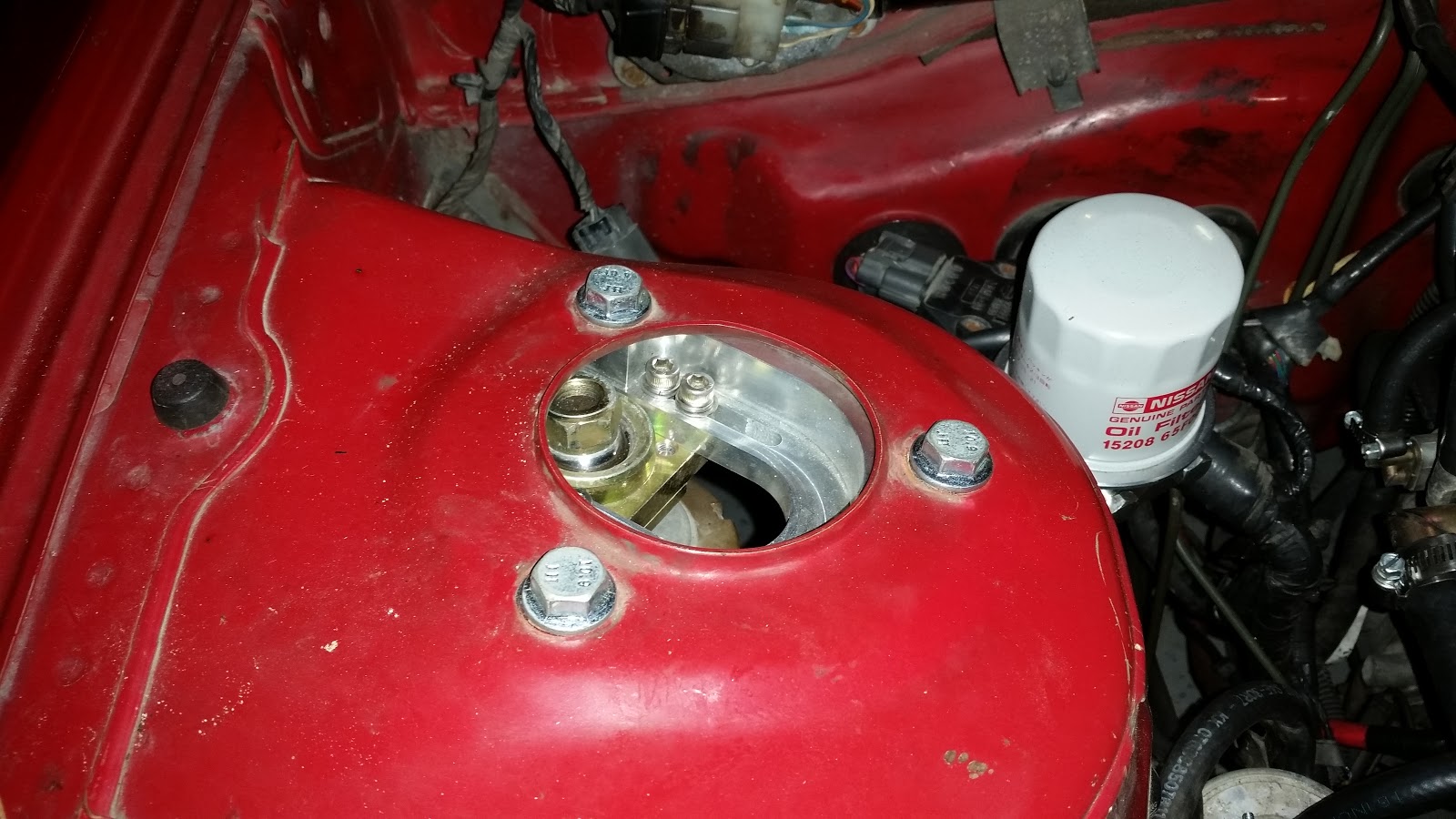 This made an incredible difference in the way the car drove!  I went from almost no self steering to a very strong and snappy amount of response.  After cruising around on it for a few blocks I decided to see how it felt when sliding.  After a quick little drive over to an open empty lot it was time to see how they were to drift on.

Upon entry of the lot I threw it into a fairly aggressive initiation, let go of the wheel, and watched as my car drove itself.  Seriously, it was awesome.  Big entries, higher speeds, aggressive transitions it didn't matter, it was loving it.  I was able to push my transitions harder than I ever had before and drive out of it with ease.  My car has never drove this easy nor have I ever been in a car that was so simple to control.  What a world of a difference it made.

I'm beyond excited to do some more driving on these, the 18th of October can't come soon enough!
Posted by Nick (Technick) DeVries at 2:37 PM