Christmas just came and passed last week, for me it went rather well.  Got a new grill for my house, a new drill since I had been borrowing Becca's dad's drill, a new pair of some much needed shoes, as well as being spoiled by my grand parents and rest of my family.  I was one happy camper, and at this point, I didn't think things could have been any better.  That was until I came home after work the following week (yesterday from the day I'm writing this) and was told to close my eyes while Becca guided me into the living room.  When I opened them I found myself in front of a massive box that was mostly covered in wrapping paper.  Yes, that's how big this box was, so big that she ran out of wrapping paper in an attempt to wrap it.

Here I was standing in my living room wondering what the heck could be inside of this? You see, she had told me about another gift that was running late but I had been under the impression it would be an air compressor.  This box was WAY bigger than one a compressor would come in.  Halfway through tearing the paper off, like a 5 year old kid who just got a new bike, I came across some writing on the box.  VIS Racing.  Then it hit me, there was a body kit inside of this thing!

Filled with excitement I tore it open and began pulling bumpers and skirts out of it, sliced up all the bubble wrap everything was covered in, and looked it all over.  I'm very thankful for the amount of care that went into wrapping it, as the box itself appeared to have seen better days, but the kit itself was mint!  I've heard plenty of "horror stories" where people received their kit in the mail only to find it had been damaged during the process of shipping and they then had to pay for it to be repaired or pay for the shipping to have a replacement one sent.  I had a big sigh of relief as well as Becca when everything checked out nicely. 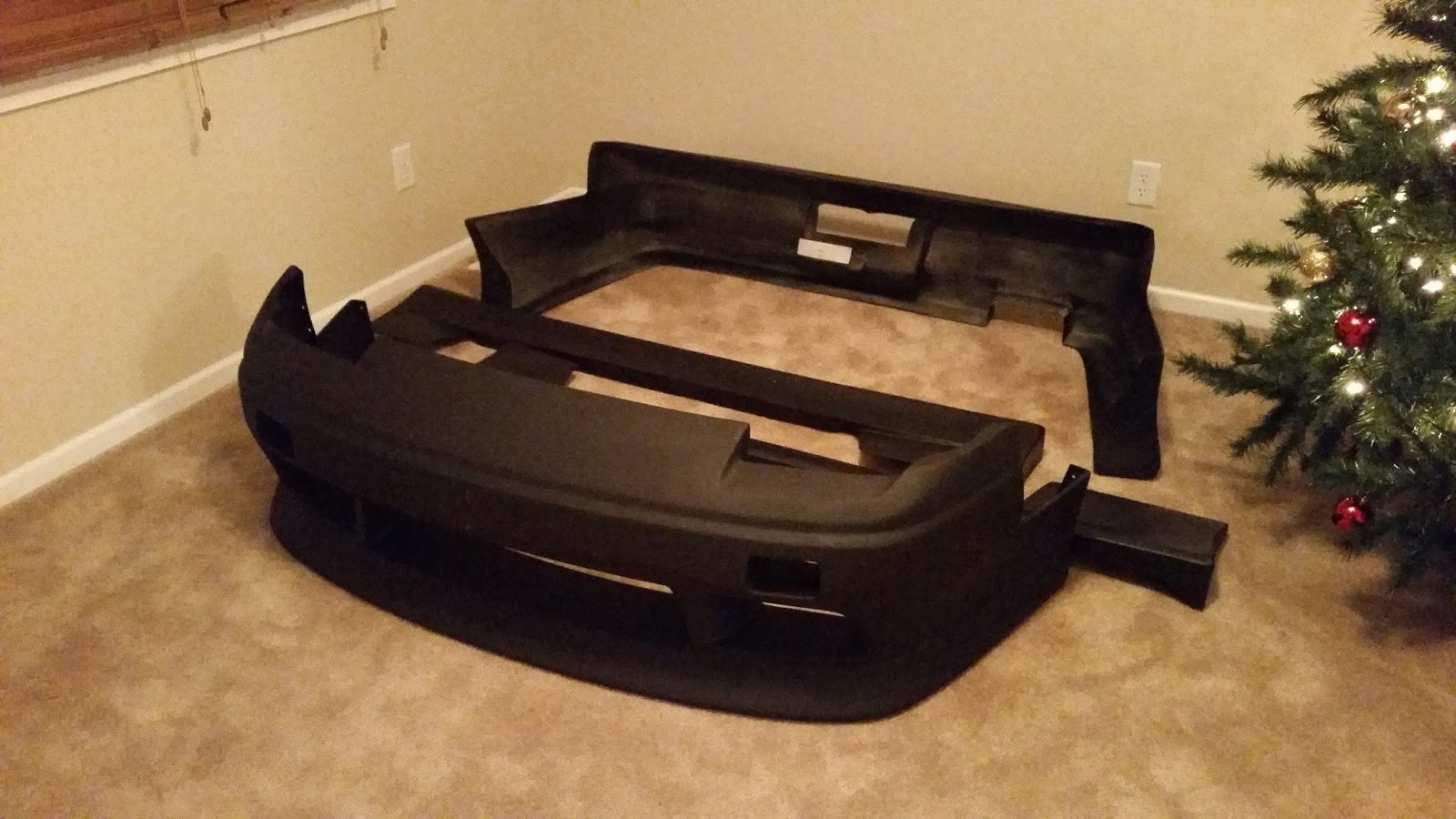 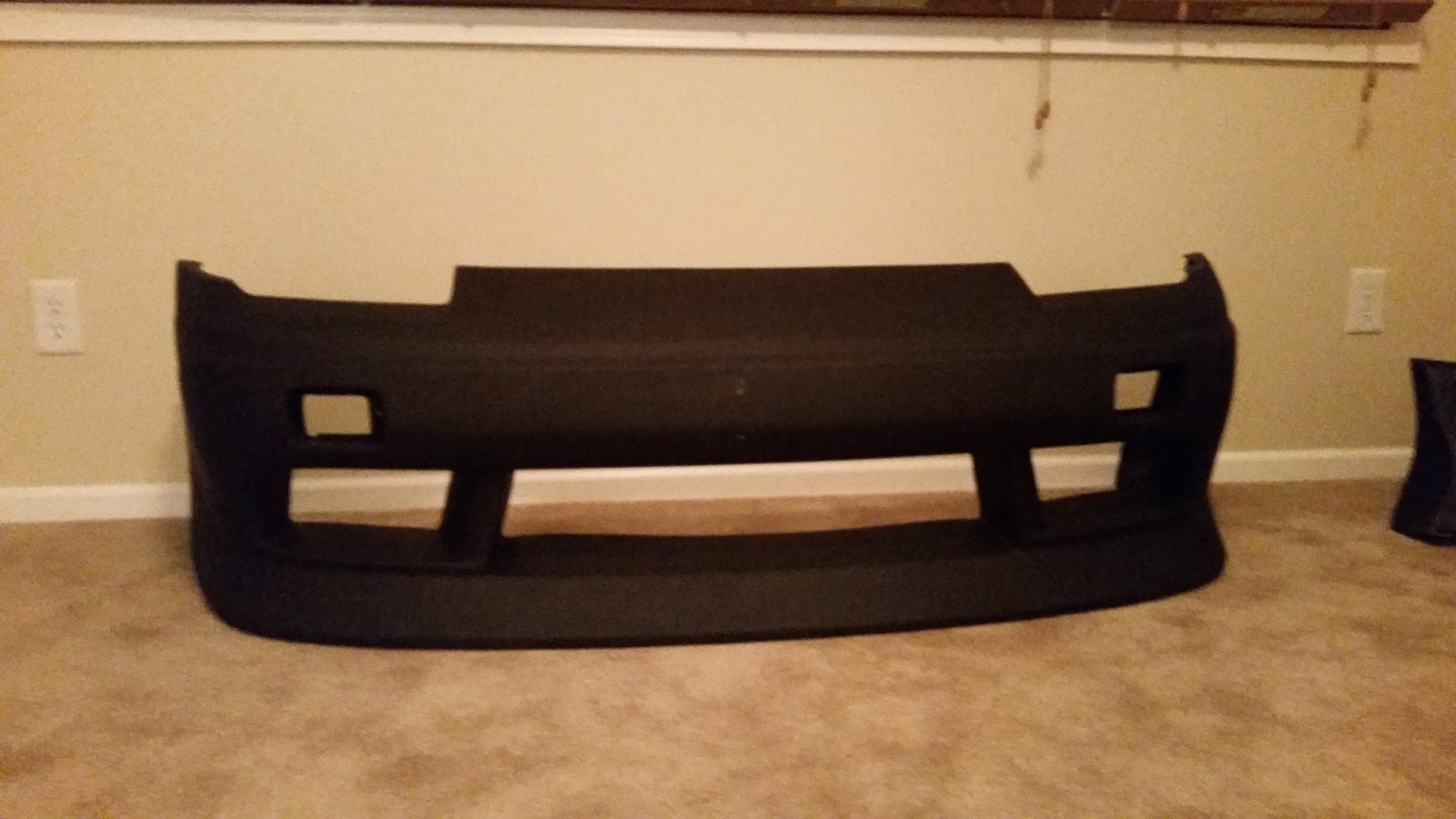 Which kit is it you ask?  It's the VIS V-Speed full kit.  Just the one I wanted.  Inexpensive and still has a fair amount of quality to it.  I'm sure some people will joke about it not being some big name brand super high quality kit but I could care less about that, no matter how expensive it is they all break the same when you smash something.  Fiberglass bumpers all crack, even the top of the line ones you see on the famous cars.  So why not go with one that saves you some money and looks damn near identical.  I know I'm extremely satisfied with it! 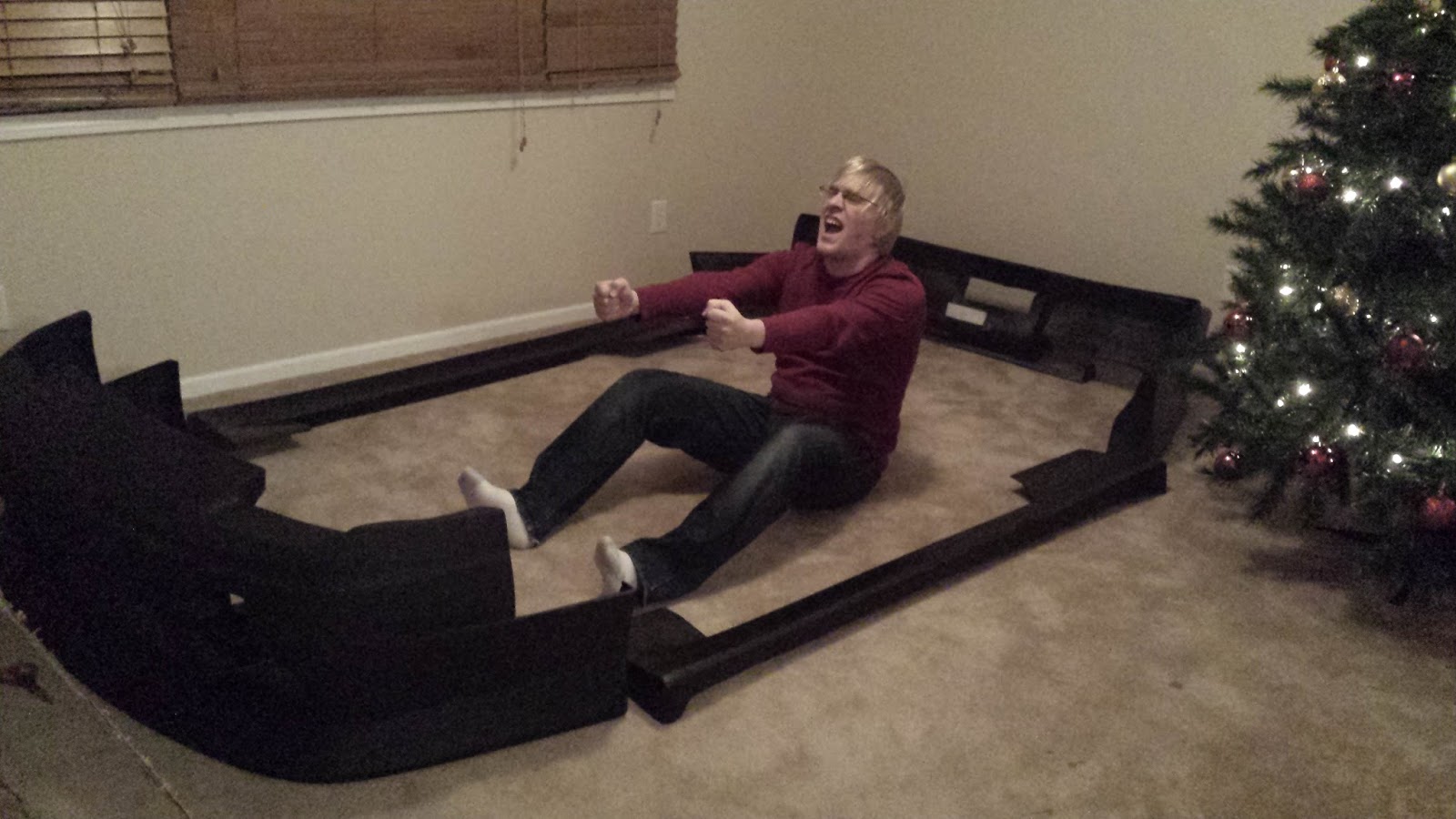 Sadly a good portion of my fenders are missing and they have a rather good amount of damage done to them.  On top of that when I made the mistake of leaving my factory bumper behind at my old storage garage I also lost the mounting brackets I had left attached to it.  Because of that, I wasn't able to mount the bumper so I resorted to propping it up with a few blocks of wood to see how it's going to look with it on there. 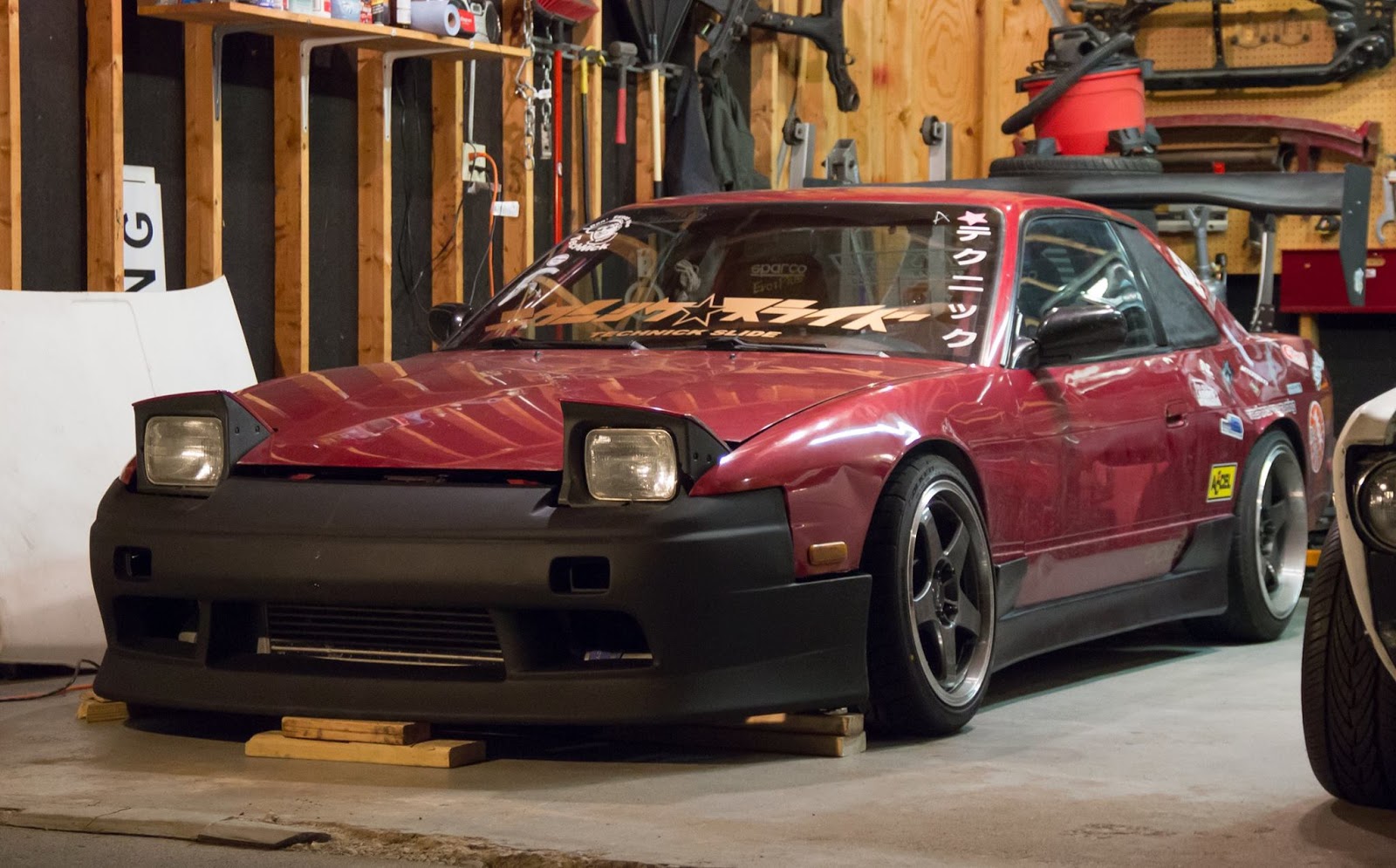 Absolutely amazing!  It completely transformed the car to a point where even I had to do a double take to make sure it was really my 240 sitting in the garage.  The kit definitely makes the car look the way I've always wanted it to, and with a few more additions like a dmax vented hood and some over fenders along with wide fronts it'll be the car I've always dreamed of owning.  Who knows, maybe some of those panels will be next years Christmas present? ;)

I think this has been the best present she's ever gotten me by far.  Seriously, this gift is so awesome that I'm sure majority of you reading this are going "thank fucking god, dude has been needing a kit for years".  Some of my fellow drift buddies have went out of their way to thank Becca for buying me the kit.  I even caught Gonzo thanking her on Facebook lol. 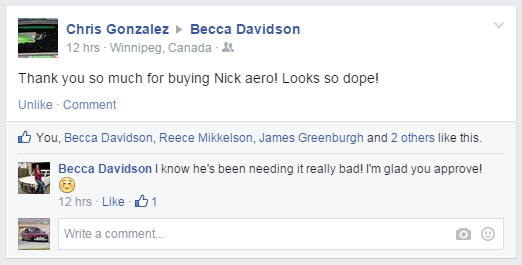 So there you have it, my awesome bit of joy and a fresh new look for 2015! 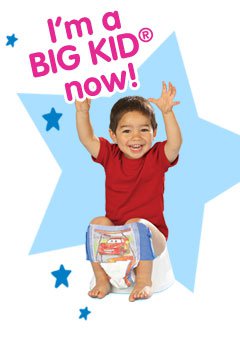