Time To Melt Some Metal!

Throughout the many years I've spent working on cars I've always found myself with a lot of things holding me back.  One of the biggest things that has been bugging me more and more lately is the lack of being able to weld.  There have been a countless number of times where I could have really benefited from having a welder handy and knowing how to use it.  Several parts I've wanted to make and modify but couldn't because I couldn't weld.

Of course, not having one hasn't been all that bad.  With good friends who have welders I've been able to get by without any problems, but still, it would have been a lot nicer to be able to weld things myself.  At my home.

So instead of using my tax return on spoiling my car with awesome parts, I decided it was time to dish out the cash and buy a nice little mig welder. 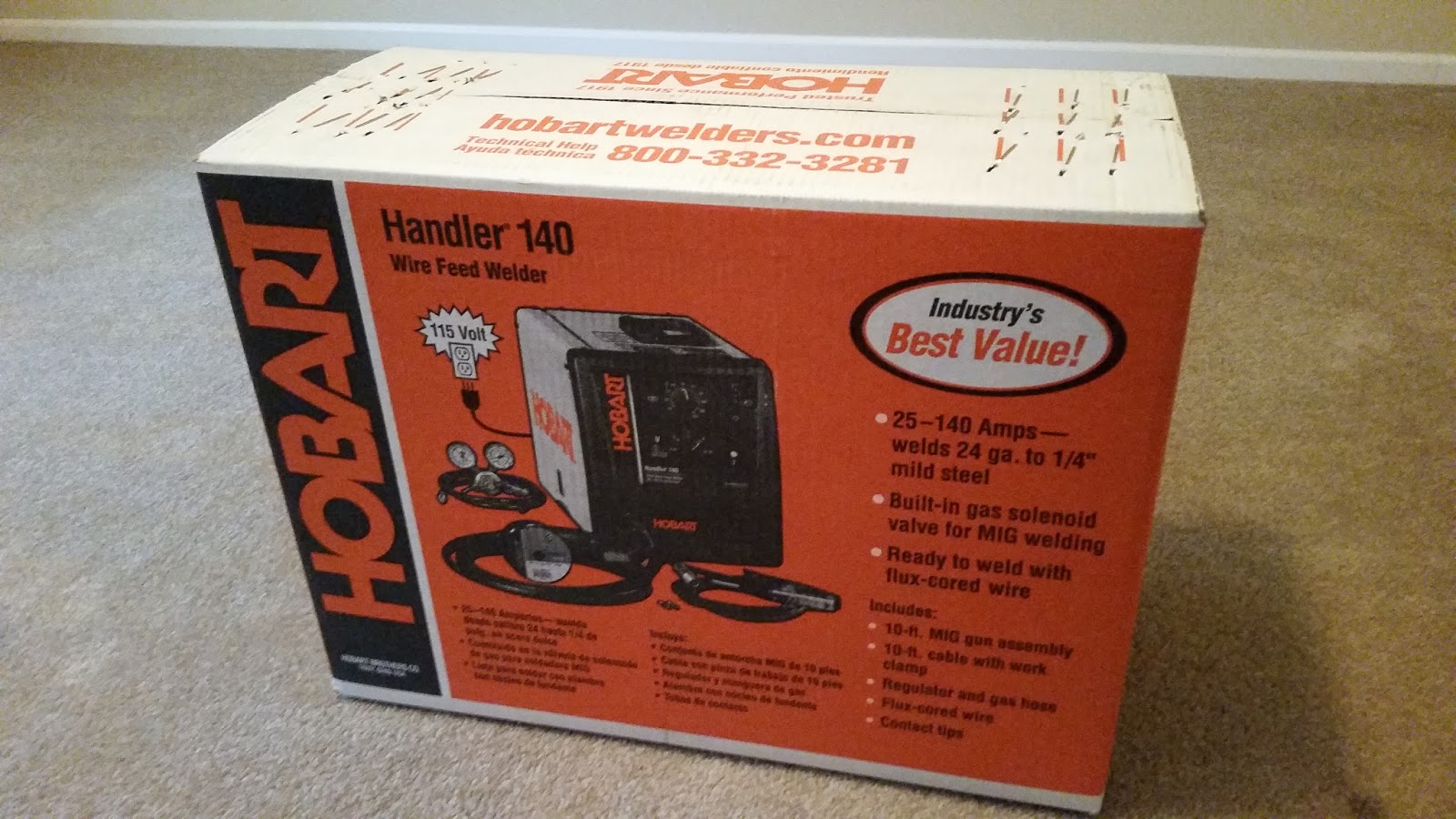 I have no experience with welding or the many brands of welders out there.  All I knew was Lincoln and Miller and I had no idea which was better.  To find out I did several searches and even posted up on Facebook asking what everyone thought.  Pretty much every last person I talked to said go with the Miller, then there was a nice little bit tossed in there where a good portion of the people who told me Miller said to get the Hobart 140.  Apparently Hobart and Miller are made by the same company so they are nearly the same exact welder, they of course have some differences and the Hobart is far less expensive.

Since I'm new to welding and couldn't find any super hardcore major benefits of getting the Miller 140 over the Hobart 140 I decided to save the $250 difference and go with the Hobart.  Got a pretty good deal on it at a local store and Becca was super awesome by spoiling me with a few accessories buying me a cart, mask, and gloves. 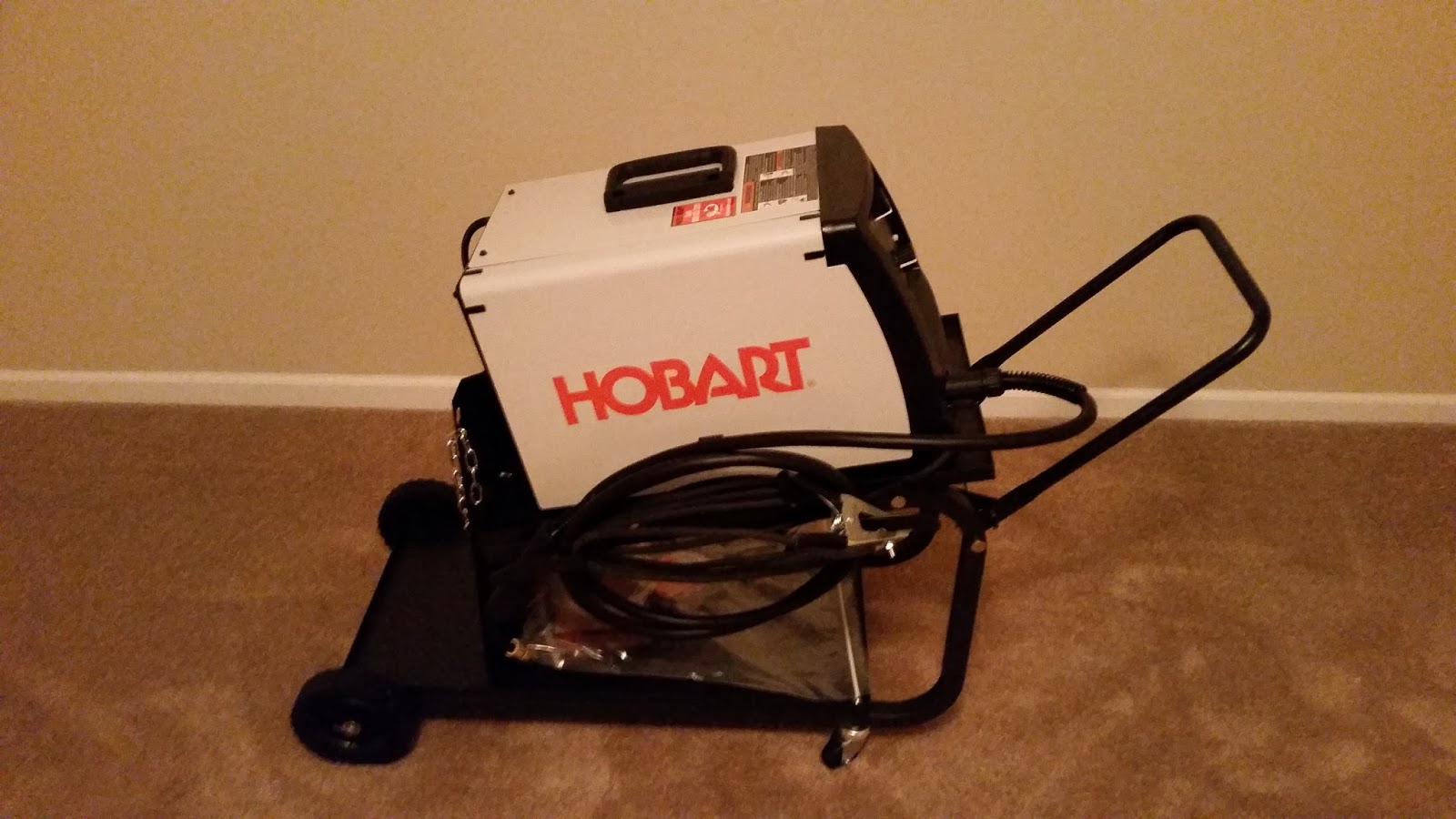 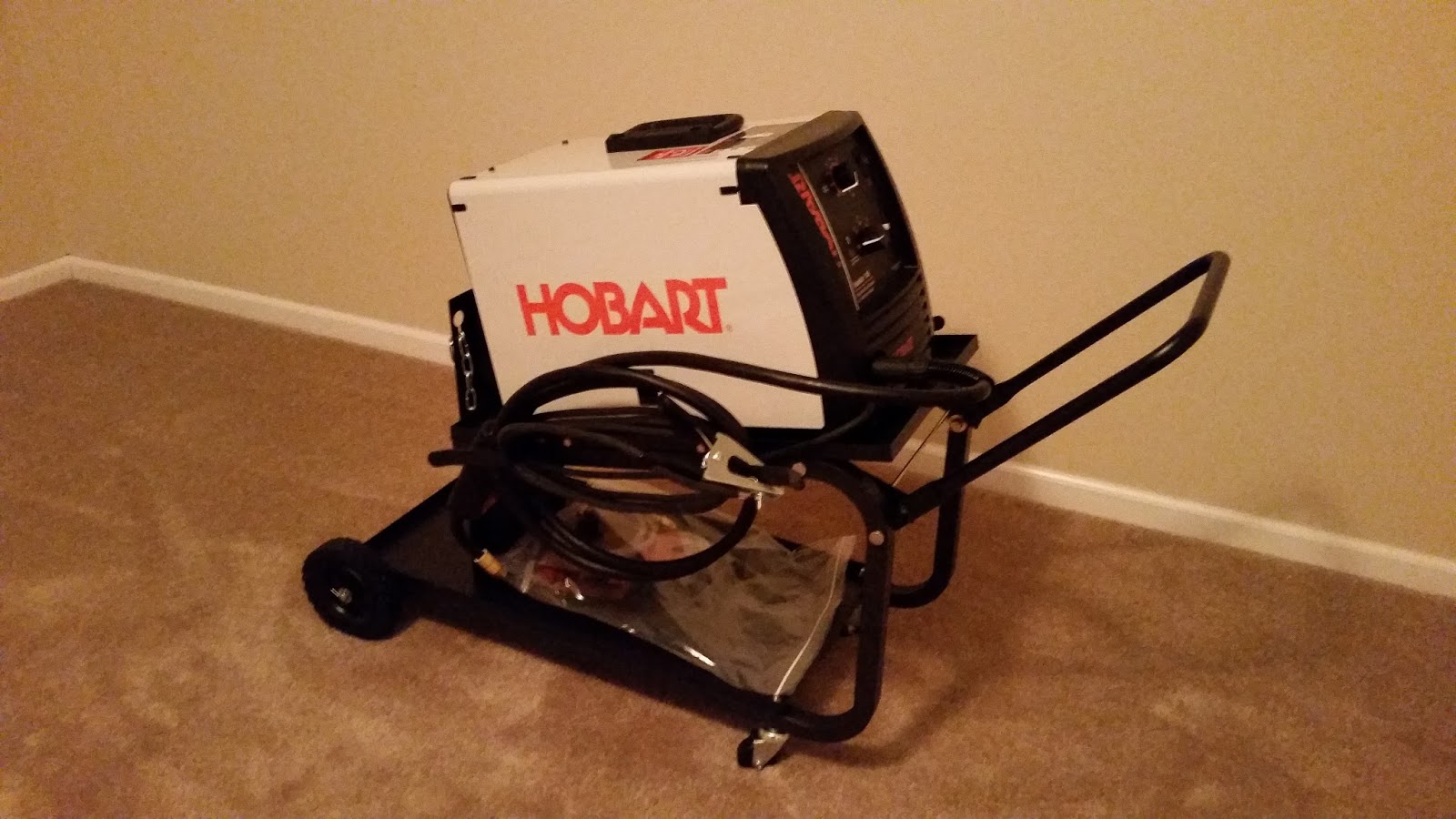 Nice looking little setup I think! I got a tank as well, just didn't want to bring it inside my house for the pics. 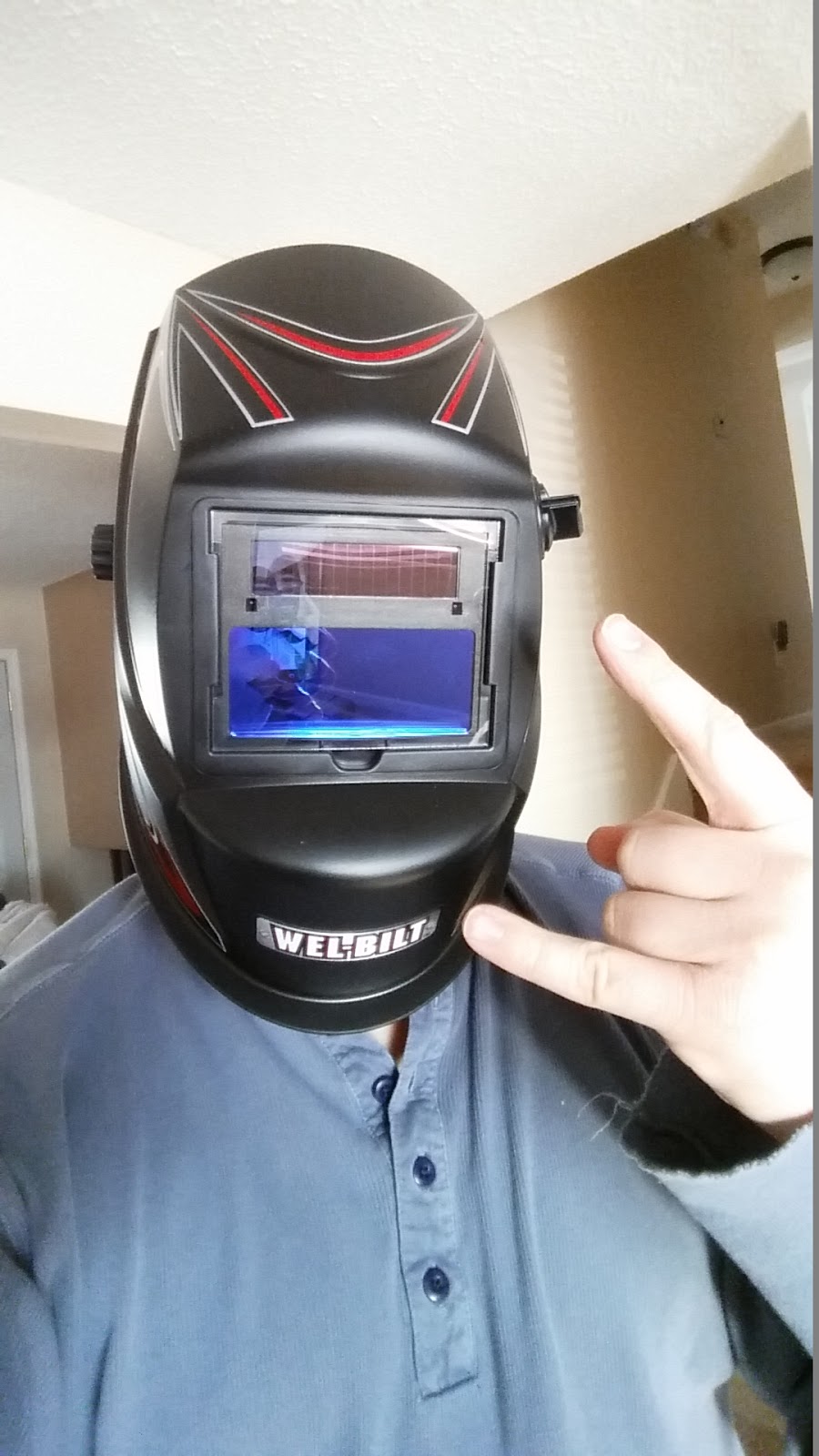 With the cart assembled and the welder taken out of the box, it was time to see what I could do! 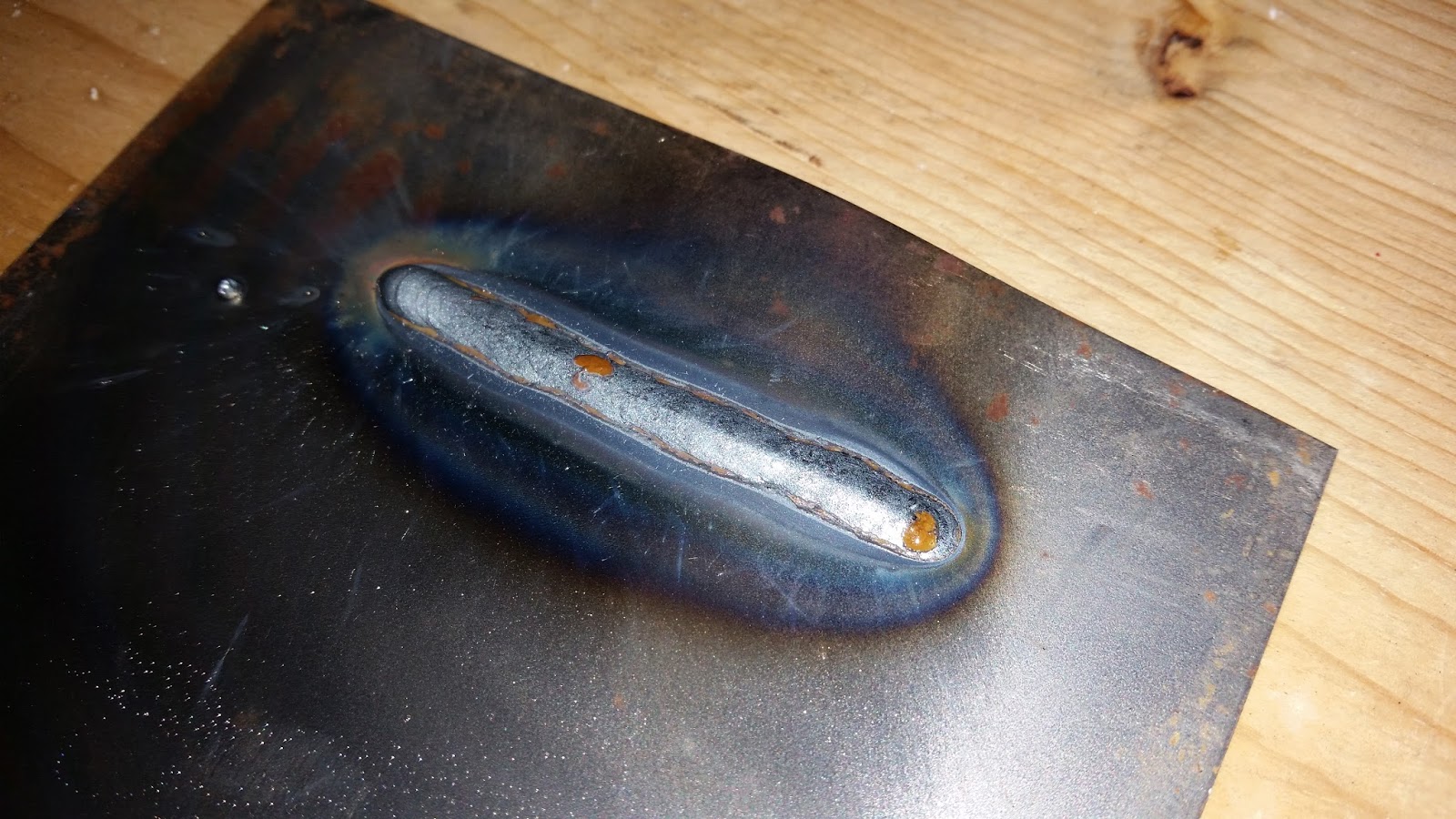 This was my very first weld with a proper mig, EVER.  Not my first weld ever though, as I've done a lot of toying around with a crappy $150 flux welder.  I must say I felt pretty happy with this, the little flux welder I bought years ago couldn't make anything remotely close to this!

Super pumped I kept on practicing for a while.  Then my cousin Max came over, he was kind enough to show me a few things and give me a few tips to make my beads look a lot nicer. 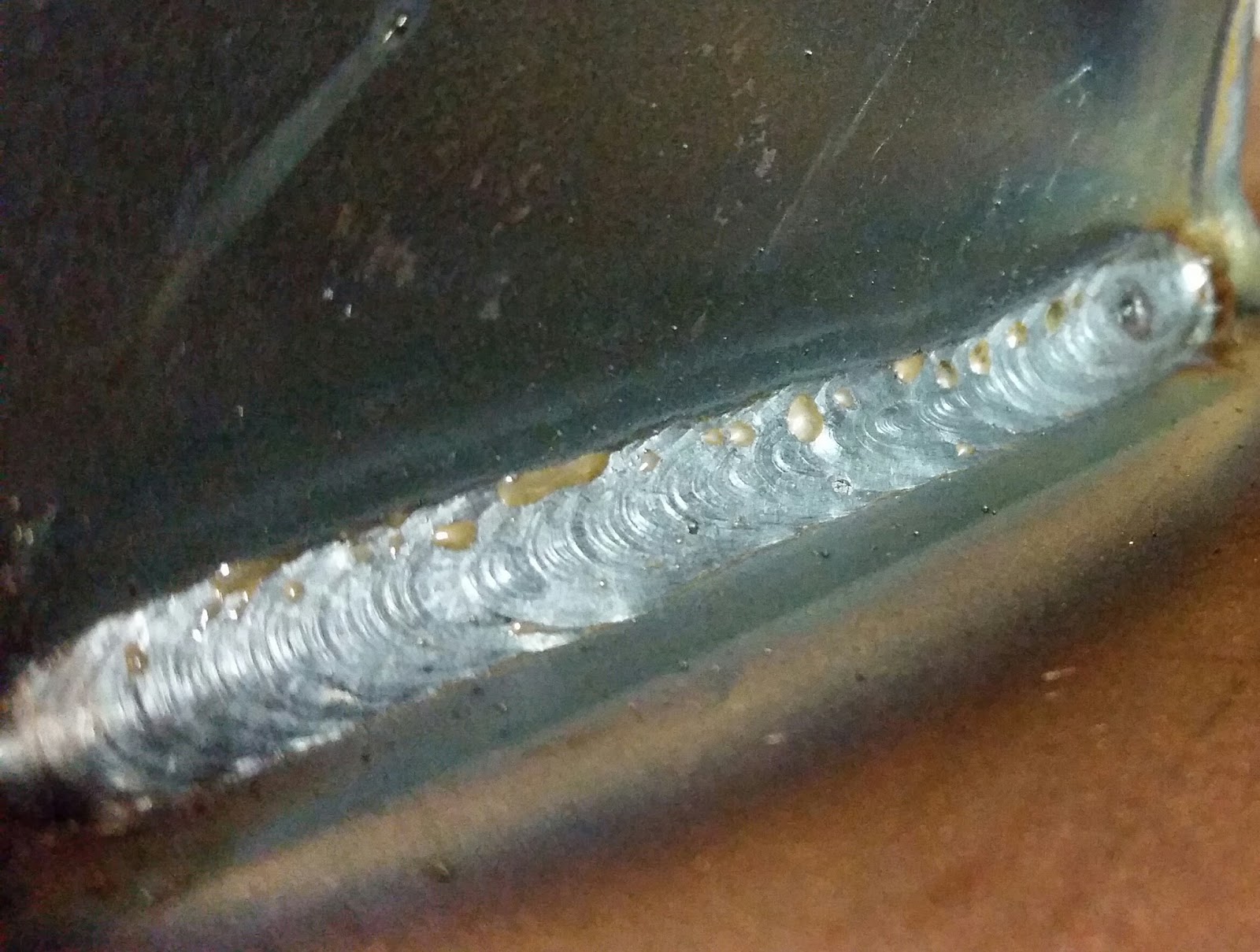 I know it's not anything great but it's a start in the right direction!  Hopefully before long I'll start to get some really killer looking beads put down! 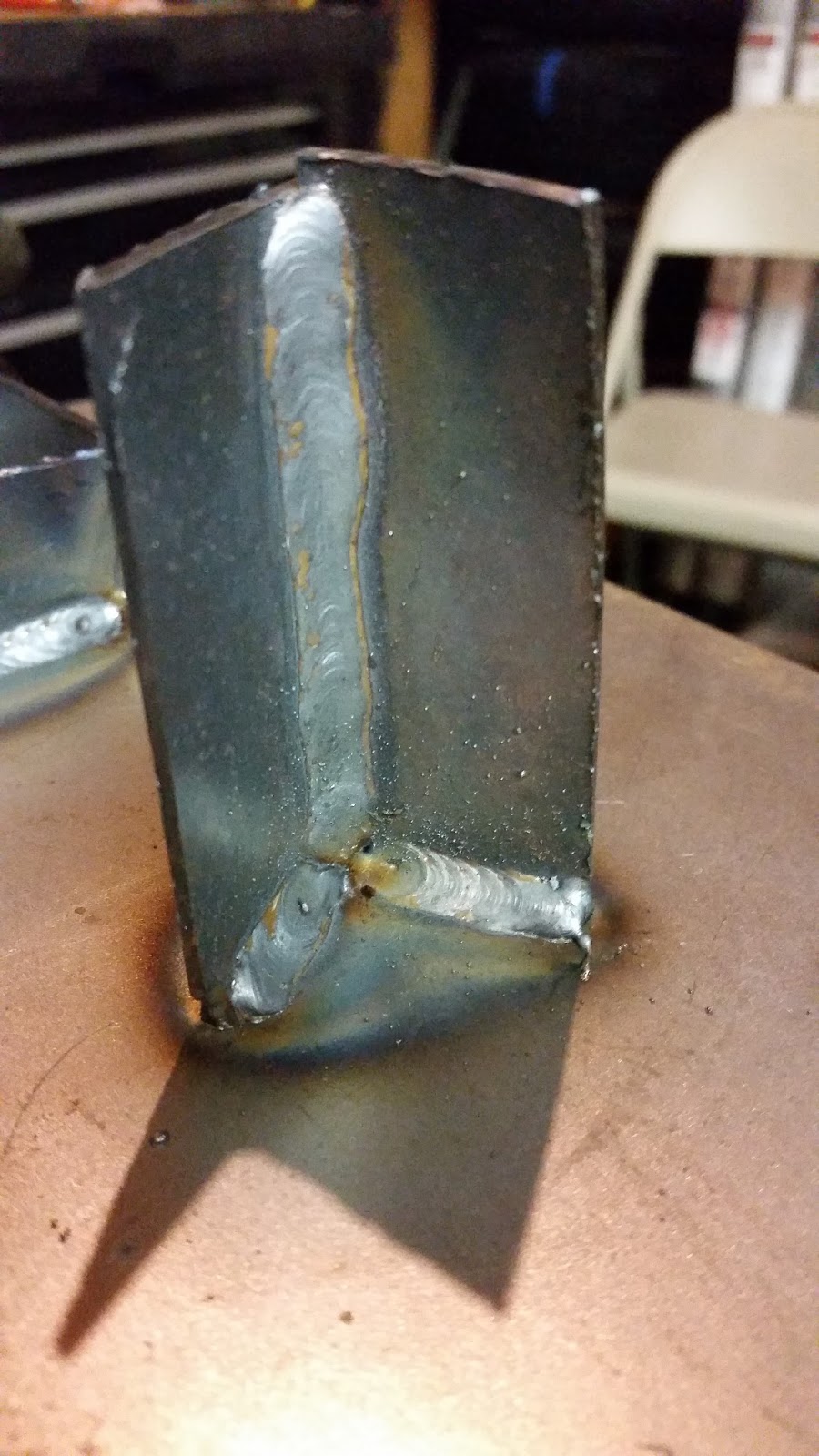 Of course I didn't just play around with the flat stuff, I made sure to take a stab at some vertical welds as well! 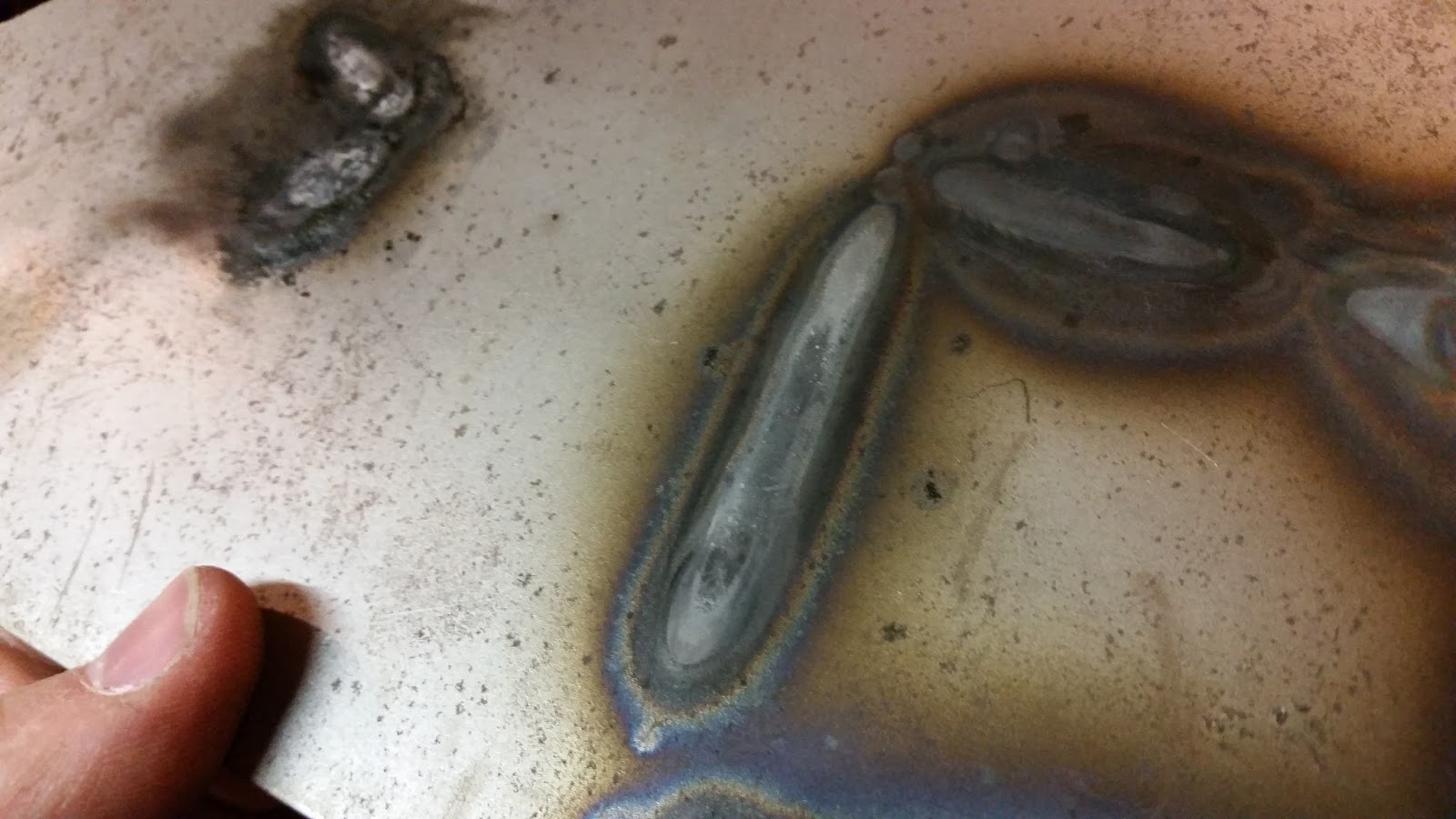 Here's a shot of the backside of the metal.  I would say that appears to be some good penetration going on.  To test the strength I took a mini sledge to everything and all it did was bend the hell out of the base material and the welds held up like they weren't going anywhere.

I must say, I'm super pumped about all of this!  Seriously, it feels as though a lot of new doorways have been opened for me.  Hopefully soon I'll be able to start doing some of my own fab work and potentially start modifying and making custom parts.  Only time will tell though, for now I'm just going to focus on getting better playing with some puddles.
Posted by Nick (Technick) DeVries at 12:40 PM 4 comments: